Please Explain:
There will need to be a series of solutions to resolve the pension crisis.  I will support a solution that is comprehensive, treats workers fairly, and ensures that citizens won’t have to revisit this decision again once we have asked them to make sacrifices to accommodate a solution.

A: First we must explore every option for increasing funding to meet our pension obligations before considering higher taxes and fees. Let’s cut the fat and waste from our budget, then decide whether new revenues are needed.

A: There will need to be a series of solutions to resolve the pension crisis.  I will support a solution that is comprehensive, treats workers fairly, and ensures that citizens won’t have to revisit this decision again once we have asked them to make sacrifices to accommodate a solution.

Yes or No:
Yes, but the extension to services must reasonable and something that could be applicable statewide and would not be a detriment to only those services offered in the City of Chicago.

Yes or No:
Not at this time, I would need to further understand what the impact of this tax would have on the trading exchanges and versus the potential benefits gained by residents.

Please explain:
Improvement in public safety is on the shoulders of all Chicagoans. The police have the responsibility to enforce the law, fight crime, and get perpetrators off our streets; however residents also have a responsibility too – neighbors must be willing to stand-up collectively and not allow activities to take place on their block or in their community, which prevents our ability to attract the type of development and re-investment that we sorely need and want.

I have been pleased with the creation of impact zones and special tact teams to address those districts that have high incidents of crime. It behooves us all to report crimes and disorderly behavior that is taking place in the public way. At every meeting or community gathering, I reiterate the TSA motto – “if you see something, say something.” I also have placards that can be seen throughout the ward that remind criminals and potential criminals that in the 7th Ward, we call police.

A: I support any legislation that will get guns off our streets and stop the flow of illegal guns from the surrounding counties and states.

Please explain:
I am still exploring the issue of whether the school board should be elected.  Appointments to boards allow people to be vetted and more closely scrutinized outside of the messiness that comes when folks run for public office. I do believe democracy has a positive impact and I’d strongly consider a hybrid model where we can combine the best of both.

I support TIFs as one tool to support public and private development throughout the City, especially when it comes to building and maintaining infrastructure, such as roads and projects in the public way.
In the 7th Ward I would like to see the boundaries of the Avalon Park/South Shore TIF extended from its current termini at 79th Street/Exchange Ave. to 71st Street/ Exchange Ave. There are potential projects that would benefit public and private development along this commercial, housing, retail and industrial corridor.
There are several options on how excess TIF funds could be used. There should be a system developed to analyze the best use of these funds from both a qualitative and quantitative perspective. Some of the considerations that should be taken into account in making a final determination should include: the area where the funds were originally generated, needs of that community, needs of surrounding communities, and needs throughout the city.

Q: What reforms would you propose for the city's TIF program?
A: I would like to see a system developed to analyze the best use of these funds from both a qualitative and quantitative perspective that takes into account the aforementioned considerations.

I have been in conversation with developers and property owners on how best to bring back some of our traditional neighborhood retail corridors and the 95th Street big box corridor. Most new employers in the ward, which have mainly been small businesses, have made a commitment to hire locally and to give back to the neighborhood.

On December 16, I hosted the first-ever E. 79th Corridor Planning meeting along with Chairman Michelle Harris. This planning initiative included roundtable discussions with experts and community stakeholders with the goal of developing a strategy of next steps that will infuse mixed-use development along this neighborhood corridor. This process will serve as a model on how we further engage stakeholders on ways to re-vitalize other neighborhood corridors in the 7th Ward.

I believe working men and women, the local economy, and tourism would benefit from a casino located in Chicago. If this happens, I would also support that a percentage of proceeds to go to education and to economic development initiatives that will help some of the city’s most disadvantaged neighborhoods.

Q:Does the city have an acceptable number of red light and speed cameras currently, and are they properly employed?

Please explain:
I support the administration looking at ways to make areas near schools and parks safer; however, speed cameras should not be relied upon as a long-term revenue source. These devices are about changing behavior and once that happens, there will likely be a decline in future revenues.

Proper notice should be given to residents when these cameras are installed, so they are aware of the consequences of their travel behavior, before they find themselves with one or more ticket(s), cannot pay the cost and fees, and are then subject to the wheel locking device. This can leave individuals who did not have the funds to pay the original ticket in precarious positions when it comes to commuting back and forth to work.

1.    Make sure that residents of the 7th Ward continue to receive the highest quality in city services.
2.    Continue to fight to bring much needed economic development to the ward.
3.    Shut down businesses that are not being good corporate citizens and I will continue in my efforts to engag 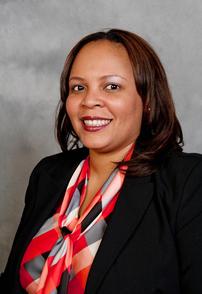