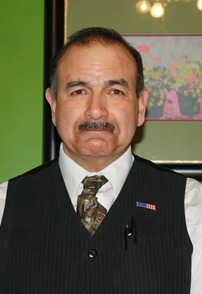 Yes or No: Yes and No

Please Explain:  Yes, I do believe we have to pay our bills, and some changes will have to be made to our pension system. But before we take benefits away from the people who paid their fair share, we need to find out what happened to the money they invested. I believe that a reduction in the size of the City Council would send a message to the employees of this City that we have a real problem.

Chicago's pension systems for municipal workers and laborers already have been restructured, reducing benefits, but the city has yet to identify where it will find the revenue to sufficiently fund those systems. Under what circumstances would you support a property tax increase to raise the needed revenue for the fire and police pensions and/or the municipal workers and laborers pensions? I need to see the books!

A: I need more information on this subject, before I could make an informed decision, I just don’t know what are the options at this point.

* A tax on non-Chicago residents who work in the city
Yes or No: NO

We should look at cutting the budget first, and cutting the city council is a good start.

Please explain: I think it’s time to take a completely different approach to fighting crime, I would favor creating an auxiliary force of police officers and use them as a force multiplier, kind of how we use the National Guard and Army reserve to supplement the regular Army in time’s of an emergency.

A: I’m a card carrying member of the NRA, and yes I believe in gun control.

Please explain:  It’s all about accountability, I would favor a four region system. A key to an elected school board would have to involve public funding of the process of electing members, it should be a paid position and limited to one six year term.

Yes or No: I’m not really sure; I would need more information about how it’s been run in the past and what results have taken place.

A: More openness and make sure that we are getting the most for our money.

A: One of our biggest problems is parking. The city council along with the former Mayor has destroyed local businesses by selling our parking meters. We have to find a way to reverse the damage done, help small business with tax issues and less red tape.

A: I believe that the State has the power to reduce. In the last 30 years, 32 Aldermen have gone to prison or had to resign, so I think a reasonable number is around 25.

Please explain: We’re a big City it would bring jobs and a steady stream of revenue.

Please explain: The red light and speed cameras are for the most part set up to make money, the safety of the public has taken a back seat to another back door tax on the motoring public.

A: 1. Reduce the size of the City council.
2. Getting more police in the ward.
3. We are having a problem with illegal conversions in the ward, and absentee landlords, I would use the building dept. and whatever city resources I would have at my disposal to fight this problem.