Michelle Harris is endorsed by the Sun-Times. Read the endorsement here.

Q: Chicago's fire and police pensions are greatly underfunded, and the city is required by the state to make a $550 million payment into the pension funds by the end of 2015. Do you support restructuring the pension systems, inevitably reducing benefits, to put the funds on sound financial footing?
Yes or No: Yes, I support restructuring the pension systems.
Please Explain: Sangamon County Circuit Judge John Belz in his ruling found that the “protection against the diminishment or impairment of pension benefits is absolute and without exception.” As an elected official of the City of Chicago, we need to come up with a bipartisan collaborative effort on how we restructure the current pension plan that will be fiscally responsible and agreeable for all stakeholders.

A:  I would support a property tax increase only if all strategies for additional revenue streams have been exhausted.

A: A solvent retirement system can not be re-developed overnight. As stated above, we need to continue have a bipartisan collaborative effort to develop a solvent retirement system that will be fiscally responsible and agreeable for all stakeholders. The key to improving the district’s finance is for the state legislators to provide adequate funding whereby each district will have the equal amount of funding per student.

Q: In light of the financial issues discussed above, do you support any or all of the following measures, each of which would require, at a minimum, approval by the Illinois Legislature?
* A statewide expansion of the sales tax base to include more consumer services
Yes or No:Yes
* A tax on non-Chicago residents who work in the city
Yes or No:Yes
* A tax on electronic financial transactions on Chicago’s trading exchanges, known as the “LaSalle Street tax”
Yes or No:Yes
Please explain your views, if you wish, on any of these three revenue-generating measures.

A: The burden of providing more revenue streams should not always rely on Chicago property owners.

Q: Do you support hiring more police officers to combat crime and gun violence in Chicago?
Yes or No:Yes
Please explain: While I support the hiring of more police officers, I personally feel that crime prevention is a partnership between the community and the police department. In my community I have an ongoing relationship with the four police commanders for the 8th ward and over 300 block club and community groups and encourage them to attend their perspective CAPS meetings and report criminal activity as they see them.

Q: What legislation in Springfield would you support to try to stem the flow of illegal guns into Chicago? I am in favor of imposing stiffer penalties for those who purchase/sell illegal guns.

Q: An advisory referendum on switching Chicago to an elected school board, rather than an appointed board, is expected to be on the ballot in more than 30 wards on Feb. 24. Currently, the mayor appoints all seven board members and the Schools CEO. Do you support a change to an elected school board?
Yes or No: Yes
Please explain: The appointed or elected member of the school board was a decision created by the sate legislators. However, I will support a combination of members elected by districts and also appointed by the mayor to ensure each community has representation.

A: I do not believe any changes should be made in the city’s use of tax increment financing. If the TIF structure is changed, there has to be a partnership with the State of Illinois legislators.

A: I would continue as I have in the past, to reach out to various entities as land becomes available, unfortunately, in the 8th Ward we are
land locked and do not have large parcels available. For the smaller retail districts, I work with the various chambers and SSAs to come up with workable plans. Use of TIF funds to improve infrastructure and facades are also being implemented to making retail areas more attractive for both owners and consumers. Part of the problem is that our shopping dollars are spent outside of our respective communities. Years ago, our communities were geared to walking traffic because most families had only one car and we were able to shop conveniently in our neighborhoods. Now we are a much more mobile society and tend to go to areas that service many needs as seen in the suburban shopping districts.
In addition, I am working extensively with the Department of Buildings and Business Affairs and Consumer Protection to rid the ward of nuisance businesses. These businesses deter new merchants as well as customers because of excessive loitering, selling of illegal products and other activities detrimental to our community.

A:  I believe the number should remain the same at 50. Every community’s footprint is different. There is no one size fit all for the 50 wards in the city of Chicago.

Q: Does the city have an acceptable number of red light and speed cameras currently, and are they properly employed?
Yes or No: I can only answer yes for the 8th Ward
Please explain: Red light and speed cameras are placed in high traffic areas and school zones in the 8th Ward. The 8th Ward has one of the largest logistical traffic grids in the city, 79th and 95th and Stony Island. I believe the traffic light cameras are an effective tool to aid in the reduction of traffic accidents and fatalities.

Political/civic background: For the past 8 years, I have held the position of Alderman and Committeeman of the City of Chicago 8th Ward. I have previously held the positions of Secretary to the Cook County Board of Commissioners and 8th Ward Superintendent for the Department of Streets and Sanitation. 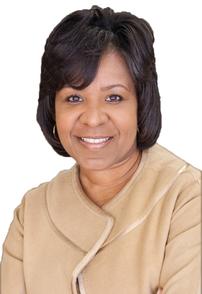