A: I do not believe the city has fully explored available options for meeting its pension obligations.  If it turns out the benefits packages have to change, those changes should take into account the worker’s seniority.  Long-term workers should be impacted the least, and newer workers should be given access to a range of plans from which to choose.  Any restructuring of future pension plans must be done with input from police and fire representatives.  Even then, there needs to be new hires on both forces to contribute to the fund.

A: I would continue to resist sources of revenue that disproportionately burden working families (e.g., red light fines, parking fees/fines, redundant Park District funding, property taxes).    Many corporations do not pay their fair share of taxes – some because they are woefully delinquent, others due to undeserved incentives.   Financial institutions have profited from the economic meltdown they helped create, yet have not been required to contribute to resulting budget shortfalls.
The city has also reduced its workforce through privatization.  This has reduced the number of employees paying into the pension funds, without financial benefit to the city (e.g., nonresident workers who don’t pay taxes).
The city has to identify long-term solutions that can make a real impact on systemic pension issues.  We need to look for “big picture” sources of revenue, one of which would certainly be the South Suburban Airport.   Instead of spending millions of dollars to undermine SSA, the city should be supporting this huge economic engine for generating revenue from both corporate and individual taxpayers.
2) Chicago Public Schools pensions

A: As noted above, we need to look at a variety of potential revenue sources.  Also, the city must stop diverting funds away from schools through inappropriate use of TIFs,   privatization, administrative costs, and constant changes that do not benefit children.

Depends on the “consumer services” we are talking about.  If it’s a “sin” tax that burdens those who can least afford it, no.

* A tax on non-Chicago residents who work in the city
Possibly.

Yes, why not?  The average consumer has to pay fees on electronic financial transactions.

A: Yes.  We cannot rely on taking officers from behind desks to fill shortfalls in the ranks.  A fully staffed force includes hiring new officers and promoting to fill spaces due to retirement.

A: I would support banning assault weapons and improving the ID process for gun purchasers.

A: It depends on what it would be used for and whether the process had been reformed.  The council’s Progressive Caucus, of which I am a member, has been fighting to reform the allocation process for some $50 million in “surplus” TIF funds.

A: The allocation process definitely needs more transparency, fair distribution, oversight, and adherence to the original intention.  Rather than address “blighted” areas, the program has been concentrated in downtown areas at the expense of neighborhoods that truly need to stimulate development.  Aldermen know what’s happening in their ward, but should be apprised of TIFs in other wards as well.  It should be transparent if a TIF is shared by more than one ward.  Both the city council and public need to be in on determining how the money is actually spent, as well as helping prioritize how many TIF districts we need and where.

A: I have already implemented TIFs in my ward – considered among the city’s most appropriate and successful.  We had community meetings to determine how we wanted to use our TIF funds.  I personally sought out quality enterprises and attended business conventions.  We attracted an array of previously unavailable services and flagship companies, some of who are expanding their presence in the ward.  They include Aldi, Staples, K&G Fashion Superstore, the city's first South Side drive-through Starbuck’s, Jewel/Osco, Anna’s Linens, and Save-A-Lot.  The majority of managers and employees hired have been from the ward.  I created a Special Service Area not only to ensure the upkeep of a commercial district, but also to hire the difficult to employ through the CARA program, which has classroom and workforce components.  I am currently involved in negotiations to replace a major brand name grocer, which closed all its Chicagoland stores, as well as seeking to replace a former community bank.  I have been working for the past two years with former South Shore residents to develop small businesses and grow them into larger businesses within the community.
I will continue aggressively marketing the ward from an asset-based vision.  Unfortunately, other city officials tend to steer quality businesses away from the South Side, instead encouraging low-end dollar stores and fast-food franchises.  I see potential in bringing in more national retailers, nurturing our growing base of small businesses and increasing opportunities related to tourism.   I have worked with my chambers of commerce to identify trends, demographics and areas of value to potential businesses.  The South Side has vacant land and buildings and people anxious for employment.  Aldermen should have support from the city in marketing our areas to potential employers.

I will also continue advocating on behalf of the South Suburban Airport.  The FAA says that 10 airports the size of O’Hare are needed by 2020.  If Chicago is to remain the transportation hub of the nation, then we must be able to capture the increase in air travel instead of diverting it to other hubs such as St. Louis, Denver, and Dallas-Ft. Worth.  We have lost hundreds of jobs to Indianapolis and Cincinnati, because there wasn’t room at O’Hare and Midway for companies to expand.  The inaugural phase of the SSA will create 15,000 direct and indirect jobs at every skill level.  Many of these jobs will have a direct economic impact on South Side communities like mine.

A: Each alderman serves about 50,000 residents with three full-time staff.  Some of us have larger geographical areas then others.  It would be even more difficult to deliver quality services, if the number of residents increased because we reduced the size of the Council.  The 5th Ward has major institutions, a significant portion of lakefront and other natural resources, as well as numerous hi-rises requiring unique attention.  We have unemployment issues that impact safety/security.
In addition, the 5th Ward has a high number of affordable rental units, including the city’s largest number of Section 8 properties that have attracted former public housing residents, but not the services previously available to them.   This has resulted in constant turnover as people continue seeking to improve their living condition, impacting neighborhood schools and safety/security.

I have monthly ward meetings, newsletters, e-blasts, text messages, and as-needed town hall forums to keep people engaged.  I have worked to stabilize areas by maintaining good schools as centers to keep families in the area, even if they move to a different residence.  We are also vigilant about problem properties, ensuring that landlords meet their legal obligations, as well as that tenants understand their rights and responsibilities.  My ward office simply could not afford to stretch itself further attempting to meet the needs of thousands of more residents.

A: I support it with the caveat that it has the proper controls, oversight and projections to consider the extent to which revenues will be offset by associated costs for regulation, criminal activity and health/social services (e.g., addiction, loss of income).  Presently, I have seen little evidence of those criteria being met.

A: I opposed these cameras, which have proven to be as ineffective as I feared.  They burden working people with more fines and fees.  They have been mismanaged and abused, with little evidence they reduce safety problems.

A: Continued economic development (i.e., quality jobs and quality businesses), broadening access to quality (particularly neighborhood) schools and addressing crime/nuisance behavior.  These are interrelated and require a comprehensive approach.  One important part of that is providing access to attractive alternatives, such as “innovation houses” where vacant scattered site residences are rehabbed into homes for young people, turning vacant buildings into art/housing centers and establishing living quarters that incorporate social services.  I initiated hydroponic farming on 71st Street and career-mentoring programs at ward schools. I have hosted “positive loitering” events, “take back our streets” marches, public forums with University of Chicago police officers, as well as conversations about how youth can respond positively to police. My office maintains an excellent relationship with ward district commanders, CAPS and beat officers.  We have a Youth Leadership Academy, Tri-Masters triathlon, South Shore Drill Team and other programs for young people.

Political/civic background:  Elected 5th Ward Alderman in 1999 and re-elected in 2003, 2007 and 2011.  Elected 5th Ward Committeeman in 2000 and re-elected to successive terms through the present.  Prior to election as alderman, served as assistant attorney general for the state of Illinois and staff attorney and special prosecutor for the State’s Attorney’s Appellate Prosecutor’s Office (where I created the existing minority summer internship program).  Continue to be a member of the Illinois State Bar Association Real Estate Law section council, Cook County Bar Association, Friends of the Parks Kaleidoscope Inc. board, True Star Magazine board, and Alpha Kappa Alpha Sorority Inc.

Education: Loyola University School of Law, JD; University of Bordeaux-University of Iowa, Arcachon, France, Introduction to The American Business Environment summer program; University of Wisconsin-Madison, BA.  Licenses to practice law in the State of Illinois and Federal Court in Northern, Central and Southern Districts of Illinois 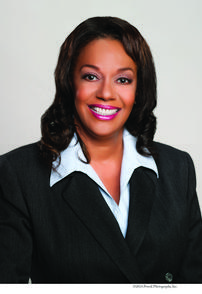