Deborah L. Graham is endorsed by the Sun-Times Editorial Board. Read the endorsement here.

Yes or No: Please Explain: I have been closing monitoring the fate of Senate Bill 1313 and Senate Bill 1, pension reform bills which sought to address the massive pension shortfalls at the state level. One clear lesson from the battle at the state level is that there is nothing to gain from an attempt at reform that will not pass constitutional muster. I support reform that will return the pension system to sustainable funding levels, but I believe any compromise must be bargained in good faith and address constitutional concerns to avoid a protracted legal battle.First and foremost we cannot afford to miss pension payments, which will only deepen our financial hole and increase uncertainty about our fiscal situation.

I do not believe an increase in property taxes is an appropriate way to deal with the pension crisis. I still believe there is room in the city’s budget to provide essential services while increasing efficiency, and a raise in property taxes—which disproportionately effect seniors and low-income homeowners—should not be up for discussion until every other option is exhausted.

Communities across Chicago—including my own—have felt the trauma of painful cuts to schools. One important consideration is continued reform of the city’s policy regarding TIF funding to ensure that property tax dollars are not deferred from education except as a last resort.State funding for education plays an important role in protecting the operating budget of CPS. Ongoing debate in Springfield about changes to the state education funding formula have created uncertainty about where state dollars will be allocated across the state, and as alderman we need to advocate to protect CPS schools in the state budget and ensure that the education budget is fully funded.Guaranteeing solvency going forward will require timely payment of required pension contributions to prevent the sort of underfunded system that has affected Illinois from the state level on down.

I would discuss taxation of a very narrow category of luxury services, but in general oppose service taxes, which I believe are often regressive.

Yes or No:   I would need to study such a proposal. Some form of limited taxation on non-residents who take advantage of City resources and services could be appropriate, but I would not support an ordinance that would harm employers and businesses in the city.

Yes or No:  Yes.  Please explain your views, if you wish, on any of these three revenue-generating measures.

Please explain:  I represent the Austin neighborhood on the West Side, and see firsthand the toxic effect that violent crime has on every aspect of a community. We know that more police will not solve every problem that ails our neighborhoods, but in communities constantly battling crime there is no substitute for adequate police on the streets.

During my term in the General Assembly, I was among the strongest advocates for common-sense gun reform, sponsoring bills to regulate handgun sellers and to prohibit the purchase of unlimited handguns in one month. I disagreed with the recent Supreme Court decision regarding the practice of concealed carry in Illinois, and will continue to support all legislation that will help keep illegal guns out of the hands of criminals in my ward and across the city.

Please explain: I support a change to a hybrid school board, consisting of both elected and appointed board members. While I have often and passionately disagreed with Mayor Emanuel on the subject of education, I acknowledge that the mayor’s office has a role to play in guiding the conversation about education in our city. However, families in Chicago deserve a direct means of making their voice heard on education issues. I think a board including elected and appointed members will help ensure an independent school board that reflects a diverse set of viewpoints on education.

I sponsored the ordinance seeking a TIF surplus and support returning as many resources as possible to the school system. TIF funding can be an important development tool, and when used wisely and transparency can create effective change in a neighborhood, but I am always concerned with protecting resources for schools and essential services.

TIF funding remains an important piece of redevelopment efforts in the City, and I recognize in my own ward and across Chicago some places where redevelopment dollars serve an important public interest. But any measure that diverts resources from out cash-strapped school system must be subject to a high level of scrutiny.I believe that making more information publicly available regarding TIF funds and the projects they support will help ensure public confidence in the program and ensure that the TIF program properly weighs the funding needs of CPS and other agencies.

I am proud to have worked hand-in-hand with the business community in my ward to improve the economic climate, including my ongoing work to bring a new Mariano’s grocery store to the Galewood neighborhood. One of the most important roles of an alderman is to serve as the day-to-day liaison between businesses and the City, to ensure that government is responsive to the needs of employers and doesn’t hinder local businesses with red tape. I have been proud to work with large employers, small business and community groups to address concerns and bring jobs to the ward.

In my ward, addressing crime is also fundamental to supporting development—crime devastates employment opportunities in our most vulnerable communities, and creates uncertainty for employers even in the strongest neighborhoods in my ward. No plan for development would be complete in my ward without addressing underlying problems of crime and underperforming schools.

The role of an alderman is that of a highly local advocate—unlike other elected legislators, aldermen serve areas small enough to be intimately familiar with the block-by-block problems and services of their wards. Merely shrinking the City Council without greater reform does nothing to eliminate inefficiencies, and would limit the ability of alderman to serve this very localized role.I think a more productive conversation would focus on how to provide excellent services more cheaply, rather than simply cutting the number of alderman.

Please explain:  I think an option like a casino that could help fill major revenue holes for the City deserves careful consideration. I have concerns about how a casino within city limits would effect our most vulnerable communities and populations, but if a world-class gaming facility can be brought to the city in a thoughtful manner, it could play an important part in bringing much-needed funding to essential city services.

Yes or No:  Please explain:

I do believe that red light and speed cameras serve a legitimate purpose in deterring unsafe driving and promoting safety, particularly near schools and busy intersections. However, we can all agree that the process of implementing these cameras should be rigorous and data driven—I support cameras only where they can help reduce risk of accidents and promote safety. For this reason, I support ongoing review of camera placement and more thorough traffic studies for any more proposed cameras. I would not support cameras as a revenue source—enforcing traffic laws with an eye towards revenue instead of accident prevention is both bad budgeting and bad practice with regards to traffic safety.

3)    Education and strengthening our schools 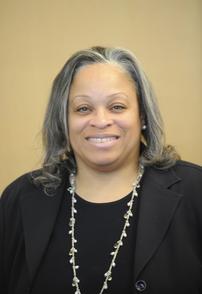