Hard working residents have given their time, effort and in some cases their lives serving the city of Chicago. We have an obligation to find resources to meet the agreed-upon obligations to fund these pensions, otherwise will not have only turned our back on current and retired workers, but a decision to not fulfill their pensions obligations, would make these occupations less valued to future applicants.

Chicago's pension systems for municipal workers and laborers already have been restructured by reducing benefits, but the city has yet to identify where it will find the revenue to sufficiently fund those systems.

Q: Under what circumstances would you support a property tax increase to raise the needed revenue for the fire and police pensions and/or the municipal workers and laborers pensions?

A:  I would support a targeted property tax increase on high-rise commercial and residential properties to give our municipal employees – all of them – the benefits they rightfully earned by serving the people of Chicago. In addition, I am advocating for the implementation of the LaSalle Street tax.

A: The closure of schools, largely in low income, black and latino neighborhoods have deprived our most important residents – children, grandchildren and great-grandchildren – of the most important civic resource we can give to them. The decisions of the Board of Education on closures have hurt students, parents, teachers and the neighborhoods they call home. The most challenging thing of course is the way the city has directed critical financial resources needed for educating students, as well as properly paying our hard working teachers to developers and wealthy special interests with no concern for families.

The best way to address the issue is to stop the corporate handouts through “tax breaks” and TIF welfare that drain our schools of needy resources to grow and educate great families and neighborhoods.

Yes or No: If a sales tax is regressive and unfairly targets low-income communities, it will do more harm than good in the long run. We should incorporate “service” taxes into our tax base as a way to decrease tax inequity and lessen the burden on working class families. Expanding the sales tax to the service industry would increase revenue as well as ensure our tax structure is in line with the economic reality of the 21st century.

Yes – Non-Chicago residents, use our roads and civic infrastructure, they should contribute to the maintenance of those resources.

Yes or No:  Yes, if shown by police, city, prosecutorial and community authorities that additional officers are needed.  Until that proof is substantiated by fact, no.

Additional civic resources, such as ombudspersons and civilian review will go a long way towards establishing better policing and better communities. What neighborhood residents need is the commitment of resources dedicated to rebuilding their communities - good schools, family-supporting jobs and investments in transportation and housing. I have worked tirelessly as an educator to give every single resident of my district the chance to succeed.  Creating after school programs, such as my “Safe-Kids” program, would take students off the streets and into community buildings. These personal investments in individuals and communities are a necessary component of improving public safety. Properly utilizing resources for our communities would reduce crime in the immediate future and lay the foundation for a safe and prosperous safe 10th Ward for generations to come. Reducing poverty is the biggest catalyst towards achieving crime reduction.  Fair and effective allocation of police officers based on neighborhood crime must also happen.

A: I would not seek additional legislation to stem the flow of illegal guns. I would seek like minded leaders to put political pressure on federal, state, county and city authorities to coordinate efforts to enforce the laws against organized illegal gun running which bring guns from all over the country into Chicago.

Please explain: Participatory democracy is a key to building community involvement and trust. We must have an elected school board to bring trust, respect, and support back to Chicago Public Schools.

A: The most pressing need is to turn TIF oversight back over to the people – I support adding a city ordinances which would requirement all TIF request over 15 million must go to voter referendum for approval. Such city ordinance should also require an environmental impact and equity tool to analyze TIF request.

TIF resources should be used to make enhancements to the quality of life of the 10th ward, such as investments in schools, creating family supporting jobs with living wages and to produce community benefits. TIF funds should be re-invested into community projects that expand access to jobs, housing, and transit and food resources.  The Marriott Hotel or DePaul basketball arena projects are unnecessary projects that only serve limited groups of consumers.  There are dozens of communities throughout the city, especially the far south-east side, in more need of community reinvestment.  The Marriott Corporation and DePaul University are financially solvent and not in dire need of city tax dollars.

As one starting point for reform, I would use the Mayor’s own August 2011 TIF Reform Panel report, with which the Mayor has done nothing and which my opponent has never acknowledged that it even exists.

A: The best way to create jobs is to invest in small businesses and community oriented efforts – think infrastructure improvements, building sustainability, investments in trade skills Chicago needs to move forward – that give residents a sense of value and connect to the neighborhoods they live in. The best way to attract employers is better schools that produces strong graduates; willing to stay here and build lives and families. Hiring local residents is a lynchpin to my platform. The 10th ward is full of skilled workers who would be able to compete at the local and city level. I would promote economic development through partnering with small businesses. Lastly, the 10th ward is one of the few spots on the lakefront that is largely undeveloped. The new Lakeside development must require a “Community Benefits Agreement” (CBA) if it is to move forward. This CBA would ensure that local residents are employed and that the actual residents of the ward benefit from the large development project. Furthermore, bringing green industry to the calumet corridor will provide economic relief and a burgeoning industry.

I strongly advocate for the re-opening of closed public schools. These locations and their land have the potential to make a significant contribution to residents’ quality of life, community vitality, city competitiveness and the regional economy. We should use these schools as a catalyst for community revival. In addition to this, I would use these spaces to enhance training for workers. Holding GED classes at such locations would help lift residents out of poverty and into the workforce. Using such locations and other vacant city land, as community gardens will also drastically reduce food shortages that plague much of the 10th ward. Lastly, by expanding the “U.S. Centers for Disease Control and Prevention, I would expand the “SAFE Children” to all neighborhood schools.

A: No - democracy works best when we each person is given the chance to influence political bodies. Fewer aldermen mean fewer chances to have your voice heard.

Please explain: Because legalized gambling exists all around Chicago, taking our tax dollars elsewhere, I support establishing a casino in Chicago with transparent and effective controls that keeps politicians, gambling interests and organized crime from benefiting to the detriment of Chicago homeowners and business taxpayers.  Gambling enabling legislation should also include requirements for easy and clear public tracking of all revenues.  I have found the Chicago Crime Commission and the Better Government Association to have good ideas regarding gaming legislation and oversight.

Please explain: I do not support the deployment of speed cameras. We need to expand the quality and depth of our public transit, instead of ticketing people into poverty for trying to get to work, the grocer or the day care. In some cases, according to multiple studies, these so-called “safety” measures actually increase accidents.

A: Stopping crime and increasing safety for our children is my number one priority.
Creating family supporting jobs and directing civic resources into our communities is imperative to our community’s vitality. Ensuring the Calumet corridor is revitalized into a 21st century economic powerhouse is a necessity. Redeveloping this area into a green space with good union jobs would make the 10th ward a major center of the emerging “green economy.”  Lastly, ensuring that every student, regardless of socio-economic status, has access to a world-class quality education in his or her own community.

3.    Women’s Sports Foundation:
●    Received $60,000 grant targeted for young women, addressing issues of     self-esteem and body image, while exposing them to a new sports activity  each month.

8.    Department Of Youth and Family Services Oversaw grants to fund youth programs in the 10th ward.

16.    Kids In Summer Session:
●    Director for summer programs through the Hegewisch Community     Committee.
●    Organized an annual coat drive during the fall, a food drive for     Thanksgiving, and a toy drive for needy families during the holidays.
●    Worked with the Chicago Park District to design and implement the     Campus Park on 109th and Ave J.
●    Brought the Asthma Van to families to receive free asthma education and     free medical services. 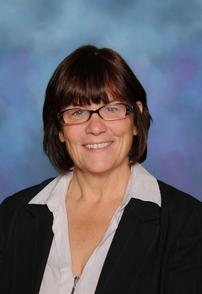