Yes or No: This is a yes and no question.
Please Explain: It is a yes and no question because the solution to the underfunding will be shaped by the Illinois Supreme Court’s decision in the consolidated pension cases that are scheduled to be argued in March, 2015. Odds are that the court will strike down the provisions of SB1 and then it will be unlikely for labor to capitulate to an agreement where they give up something the court might say they have a right to. So we will have to wait and see if restructuring is allowed and if so, to what extent. Ideally, we should be able to strike a compromise with labor and retirees that ensures the financial footing of the fire and police pensions.

As you know, the We Are One coalition of unions has filed a lawsuit to strike down the municipal and laborers restructured pension systems. As said before, the Illinois Supreme Court’s ruling in the pension case will undoubtedly set a precedent as to the pending litigation regarding the Municipal pension systems and will provide direction on what can be legislated without running afoul of the Illinois Constitution’s pension clause.
Additional revenue must be generated but we must look to other areas than property tax for the funding necessary to meet the pension fund obligations. With the huge windfall begin generated by lower gasoline prices, an increase in fuel tax should be considered, as should accessing TIF funds.

We need to focus our current funding on operating an efficient school system and having accountability over its operations. By diverting money to charter school operators, we divert money from public schools and leave so many children behind in neighborhood schools. We need a new vision for neighborhood schools. We must wait to see what the Illinois Supreme Court says in the consolidated pension cases before we embark on attempts at cutting pension benefits for retirees.

3) Revenue
Q: In light of the financial issues discussed above, do you support any or all of the following measures, each of which would require, at a minimum, approval by the Illinois Legislature?

Yes or No: Yes. Taxing services makes sense and many of our neighboring states tax services.
* A tax on non-Chicago residents who work in the city
Yes or No: Yes, but I have not researched whether it would require a State law to allow it.
* A tax on electronic financial transactions on Chicago’s trading exchanges, known as the “LaSalle Street tax”

Yes or No: Yes, but if we get too greedy, the trading may relocate to a neighboring state.
Please explain your views, if you wish, on any of these three revenue-generating measures.

Yes or No: Yes.
Please explain: We have too many officers working overtime. Some make enormous
incomes from overtime whether they want to or not. Too many officers have retired and not been replaced. We cannot have red light and speed cameras substitute for good traffic patrols and we need more police officers walking beats.

As a criminal defense attorney for the last 24 years, my view is that there are more than enough laws on the books in Illinois that prohibit the illegal transfer and possession of firearms — they just need to be enforced.

Please explain: My understanding is that Chicago has the only school district in the entire state that does not elect its own school board. That cannot be consistent with a democracy. At a minimum, Chicago voters should decide whether we should shift to an elected school board.

Q: TIFs are the primary economic development tool of the city. In a TIF district, taxes from the growth in property values are set aside for 23 years to be used for public projects and private development. Do you support increasing the annual TIF surplus that the mayor and the City Council have declared in each of the last few years, money that goes to the schools and other city agencies?
Yes or No: Yes.

Restoring all property tax dollars from TIFs back into CPS.

Q: What would you do as alderman to boost economic development in your ward, and bring jobs to your community? I would work on finding new tenants for the Frederick Cooper lamp factory on Bloomingdale as well as the now defunct Zenith plan. Those two areas were once thriving and now have enormous potential for the 29th ward.

I am not in favor of changing the number of Alderman. It is difficult enough for an
Alderman to try to serve 50,000 people but it would me much more difficult if the number represented was greater.

Yes or No: No.
Please explain: My understanding is that it would only generate about $25 million in revenue per year and that in my mind is not sufficient to overcome the negatives associated with gambling in a large metropolitan area such as Chicago. With online gambling, and the like, casinos are having a tough time as it is and it does not make sense to put our eggs in that basket.

Please explain: The automated cameras have failed in many ways. First, they are not generating nearly the amount of money they were touted to. Second, Redflex was selected as the vendor through a corrupt scheme that has led to indictments and prison for some of the people involved in the scandal. Third, there seems to be some inconsistency in the duration of the yellow light such that the system is unfair. Lastly, a recent study shows that while the cameras have modestly decreased T-Bone accidents, the cameras have actually increased the number of rear end collisions.

The lethargic delivery of city services. Misuse of TIF funds. Lack of employment. 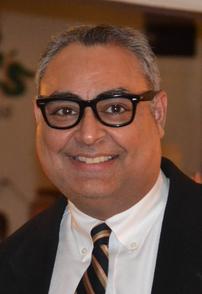