Please name your top three priorities for the city, and explain how you will make changes in those three areas.

Safer streets: By putting more police on our streets and taking a holistic approach to crime – addressing root causes like poverty, lack of opportunities in our neighborhoods and caring for Chicago's most vulnerable people along with strengthening relationships between neighborhoods and the police with robust community policing efforts – we can make our streets safer.

Stronger Schools: Good, well resourced public schools are the backbone of our communities. By giving our teachers the resources they need and giving a voice to those whose opinion matters most – parents, students and teachers – we can truly make our education system world class.

Economic Opportunities: By creating a robust local economy – one that's not just limited to the loop but includes every neighborhood – our neighborhoods will naturally become stronger. Promoting development and growth by using money from a TIF surplus, tax free zones, worker owned cooperatives can make every neighborhood thrive.

Chicago's fire and police pensions are greatly underfunded, and the city is required by the state to make a $550 million payment into the pension funds by the end of 2015. Do you support restructuring the pension systems, inevitably reducing benefits, to put the funds on sound financial footing?

A pension is a guarantee. Reducing benefits breaks our promise to protect our first responders who risk their lives taking care of us. There are alternatives. After declaring a TIF surplus, some of those dollars could help shore up our pension fund. Additionally, a small commuter tax and LaSalle Street tax would help bring much needed money to the fund. Finally, we can find additional dollars with a top to bottom audit of city government.

Chicago's pension systems for municipal workers and laborers already have been restructured, reducing benefits, but the city has yet to identify where it will find the revenue to sufficiently fund those systems. Under what circumstances would you support a property tax increase to raise the needed revenue for the fire and police pensions and/or the municipal workers and laborers pensions?
None, currently. The state does not act quickly enough on the legislative matters that would be required to increase property taxes. Our bills are due now, and we simply cannot afford to kick the can down the road while waiting for the Legislature to approve a tax hike. Furthermore, with the other items outlined above, we may not even need to increase property taxes, so long as we spend our money wisely.

Large and growing payments required to keep the Chicago Teachers’ Pension Fund solvent are squeezing CPS' budget, forcing cuts elsewhere and limiting investment. The Chicago Board of Education has increased property taxes, but it is not enough to keep up with the high annual costs. What measures do you support to ensure a solvent retirement system and to improve the district's finances?

First, I would put an end to toxic swaps, which could cost our schools up to $100 million. I will demand the banks renegotiate these deals and put an end to this practice. Second, TIFs have siphoned much needed revenue from CPS. The amount that's being taken away from what would be the CPS levy does not add up to the amount they could be putting in schools. We're sitting on over a billion in TIF revenue. I will declare a TIF surplus and put that money back into our schools where it belongs.

In light of the financial issues discussed above, do you support any or all of the following measures, each of which would require, at a minimum, approval by the Illinois Legislature?

A commuter tax is one way we can help shore up our budget without breaking the bank for most Chicagoans. More than 600,000 people come from the suburbs to work in the city. The combined income is over $30 billion a year. A small 1 percent tax could generate $350 million in revenue. Meanwhile, I think we should put on the table for discussion a small transaction tax on sellers and buyers of futures, future options and securities option contracts traded by the Merc and Chicago Board Options Exchange. This has the potential to produce significant revenue for the City that could be used to bring our pensions to an adequate funding level.

What will you do as mayor to bring jobs to the city and boost economic development?

Our strategy to bring in jobs has to be more than handing out tax breaks to big corporations. It's a placebo that doesn't do nearly as much for our economic growth as we are told it does. Yes, we need to be smart about attracting large companies that want to add to our tax base and employ our people, but many of these companies want or need to be here anyway.

My platform calls for using some of the money we save by slowing down corporate tax breaks (and TIF reform) to develop vocational classes, job-training, employment-readiness classes and business start-up programs for people across all our communities and neighborhoods. This empowers the people who most need opportunity to take part in the economic growth only a part of our city is enjoying now.

I would expand on what I have accomplished in my two terms as Alderman.  For example, I worked with Rush Hospital in their expansion to make certain jobs went to residents.  As Alderman, I have also fostered a climate to support small business development and growth in our neighborhoods and plan to be more business friendly to small business owners.

Finally, any business expert will tell you one of the things companies need the most is a skilled, well-trained, well-educated labor force. They are willing to pay for good labor and to locate where it is available. That is much more attractive to a growing business than a property tax break, and better for the city and its people.

In the past, I've found money in the budget to hire an additional 1,000 officers to help make our streets safer. Reducing the money spent on police overtime and putting it toward hiring new officers is a win for everyone – our current forces will get much needed relief and we'll be able to afford it.

I would support legislation that would ultimately curb the flow of illegal guns into the city. Stronger penalties for people who fail to report lost or stolen guns or commit gun crimes, state licensing of gun dealers, and a buyback program that pays fair market value for firearms would be a beginning to help getting guns off our streets.

I have been a longtime supporter of our teachers and in 2011 I received the “Defender of Public Schools” award from the Chicago Teachers Union.  Strong neighborhood schools are the backbone of strong communities. Our current model of a Mayoral-appointed board is not responsive to the needs of the majority of public school parents. It favors those with clout or financial interest and gives them undue influence. I will work to create an elected school board as soon as I take office, much as I have done while on City Council.

TIFs are the primary economic development tool of the city. In a TIF district, taxes from the growth in property values are set aside for 23 years to be used for public projects and private development. Do you support increasing the annual TIF surplus that the mayor and the City Council have declared in each of the last few years, money that goes to the schools and other city agencies?
Yes or No:Yes.

What reforms would you propose for the city's TIF program?

First, I will put an immediate moratorium on any new TIFs. This will allow us time to conduct a complete audit to find out exactly where our money has gone and what the benefits are. This audit should be done by a completely independent body and be made public, giving independent experts, media and the people of Chicago the ability to weigh in on the best uses of this money.

Independent research has shown millions in unaccounted for funds, and the Department of Planning has not answered demands to account for these dollars. I will completely overhaul the TIF Data Portal to create true transparency in regards to the TIF program.

Third, I will declare a TIF surplus with the vast sum that is not committed to any specific projects or debt. That money could then be used to reopen our mental health clinics, shore up some of our school budgets, make a payment into our beleaguered pension fund, turn some of the closed schools into community centers that drive economic development and begin meaningful neighborhood economic development programs.

9) Size of the Chicago City Council

As part of the ongoing redistricting process, Alderman Waguespack suggested that the City Council consider a map with 35 rather than 50 wards. Given the decline in population since the peak of 3.6 million in 1950, such a map would have a population per Ward more consistent with the historical average. This is a measure I support and will advocate for, provided that the people of Chicago are consulted and feel this adequately represents them. A reduction in the number of aldermen from 50 to 35 would put Chicago more in line with the number of alderman per capital in other large metropolitan cities nationally.

So many Chicagoans already drive over the border to Indiana on a regular basis to visit the casinos, taking Chicago dollars outside of the city limits. Gaming isn’t just for Las Vegas and Atlantic City anymore. Municipalities all over the country allow gambling, including several just outside of Chicago. There’s no reason why we cannot benefit from the revenue such a facility would generate.

I am aware of the concerns regarding potential issues with crime and gambling addiction, but so long as we take a proactive approach to addressing those issues, we can reap the same benefits our next door neighbors do.

Please explain:
The red light and speed cameras have been brought to us by fraud, abuse and an ongoing federal investigation. The entire program is fraught with failed oversight, corruption and unfair enforcement, and I support completely phasing it out. The recent study by the Chicago Tribune and Texas A&M shows that the cameras do little to nothing to generate safety. You can’t balance the budget by giving away the public trust, and that's what these cameras have done. 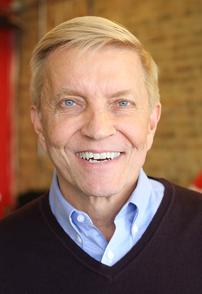