Please Explain:  After their years of public service, I feel that the police and fire departments are entitled to a fair pension, especially while the costs of living continue to escalate.

A: I feel that a tax increase should only put those the private industries that use TIF funds.

Non-residents that work in the city are allowed to perk on the city streets without a city sticker and then take public transportation to their places of employment downtown. This has caused a major parking issue in many neighborhoods, including mine.

Please explain: I feel that more patrol officers, be it in cars, on the transit or even “on the beat” would deter crime. Gun violence is another issue altogether.

A: Waiting periods allowing a full background check and periodic re-registration of guns that exist in the city.

Please explain: I feel that we should elect the most qualified people based on their experience, knowledge and proven results.

A: Offer incentives to those that would be willing to open small businesses and hire within the ward. We have a quite a few vacant storefronts that could use help.

A: I feel that the current number has worked. To be truly effective for your constituents, it should be a manageable amount.

Please explain: I believe this is a way to bring more money and tourism into the city. This would be an ideal way to work with tax and pension issues.

Please explain: I am a proponent for doing away with the red light and speed cameras.

A: Too many up zoned properties that are creating too much density in a ward with enough parking issues already.

Affordable housing to allow seniors and long-time residents to remain in a ward that they have built over the years.

Having a full time alderman that is available to hear and address any issues that the residents may have.

Political/civic background: No political, Parish Council and Habitat for Humanity

Education: School of the Art Institute of Chicago 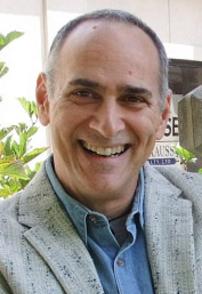