Please Explain: I support a comprehensive plan of Pension Reform that would reduce future payments and a more defined plan such as 401(k); but the past payments have already been promised and are owed. The city should investigate how to create another stream of revenue that would greatly contribute to the reduction of this debt. Possibly taxation on the new Medicinal Marijuana proposal that has lead to the legalization of marijuana in many states with a great deal of success and new tax dollars.

Chicago's pension systems for municipal workers and laborers already have been restructured, reducing benefits, but the city has yet to identify where it will find the revenue to sufficiently fund those systems. Under what circumstances would you support a property tax increase to raise the needed revenue for the fire and police pensions and/or the municipal workers and laborers pensions?
I would not support a property tax increase but I do support taxation of legalized marijuana, a casino or a third airport.

A: I support the idea that CPS no longer uses a Kindergarten – 8th grade model but consider a middle school system that would drastically reduce the number of schools, cost, and personnel. Several elementary schools in one community could all be feeder schools for one middle school.  This would reduce overlapping cost and increase a since of community and achievement.

Please explain: I believe their  is a need for  more police officers hired especially minority officers that reflect the communities they serve. I personally took over 75 African Americans to be tested at the last test date. The reason being to try and bring balance to the current police force that has historically been predominately white dominated.  Community policing would then take on a completely different persona with person that have lived in similar blighted and impoverished communities.

A: I would work with my state legislatures to create legislature that would make it illegal for semi and automatic weapons to be transferred via railroads through communities that have a high history of violence.  Recently several semi automatic weapons were stolen from a rail yard in Englewood.  These sorts of incidents are of major concern to the safety of the community.

Please explain: I support a change that would create a hybrid school board of both elected and appointed members. I believe that the Mayor should have discretion in selecting a few to assure that persons that have experience and educational knowledge are included. In addition the community has the right to be represented in educational decisions that affect on their neighborhood.

A: My economic plan is trifold:
1.    Develop an 800 person employed 24/7 Call Center with daycare, cafeteria and parking. I would approach Chicago based business to contract with the center to answer a specific call (i.e. Southwest lost bags). These will create jobs and a since of community.
2.    I would propose a “Restaurant Row” with at least 6 major restaurants that offer family style dining. There is no sit down restaurants in the 17th ward or surrounding areas. These restaurants would create jobs and create traffic flow to the ward that generates more business for local owners.
3.    The Safe Block Safe House Project that I initiate with the city would be expanded. This project takes abandon houses: Rehab them using local labor and Youth build to transform these once unsafe properties into affordable living.  There are over 4200 such properties in the Southwest side which creates a wealth of opportunity to secure blocks, jobs and reduce crime.

A: I am comfortable with the current size of the council 50. I do not believe representation of the people should ever be reduced. Equal representation is the foundation in which our country was established.

Please explain: My concern with the Red light and speed cameras is they seem to disproportionately placed in communities that are blighted and impoverished. I would ask for a study on how and who decides where these cameras are placed and why.

1.    City Services – there is an overwhelming since that access and calls for city services have been neglected. I would create a Rapid Response team that address these concerns in a 48 hour period
2.    Public Safety – what will we do about the crime, lack of opportunities of young black men and police relations?  All of these I have address in previous answers.
3.    Jobs, Jobs, Jobs – people need to work, need to be educated to work, and learn skills to get jobs. I address my education and economic development plan in previous answers.

Education:  D. Min of Divinity, Master of Theological Studies, Master of Counseling and a Bachelor of Science Business Administration 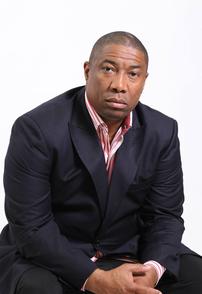