Please Explain:  I don’t believe in reducing benefits but I would consider having the employee paying a higher percentage into the fund.

Q: Chicago's pension systems for municipal workers and laborers already have been restructured, reducing benefits, but the city has yet to identify where it will find the revenue to sufficiently fund those systems. Under what circumstances would you support a property tax increase to raise the needed revenue for the fire and police pensions and/or the municipal workers and laborers pensions? I would not support an increase in property taxes.

A: Again I believe the employees should pick up a larger percentage.

A: The employees should pick up a larger percentage of the funding that goes into their pension system.

Adding a penny a share traded is not going to hurt the average investor.

Please explain:  I believe the high crime areas in the city are undermanned they need more police presence and all new hires should be placed in those areas.

Q:What legislation in Springfield would you support to try to stem the flow of illegal guns into Chicago?

A: I would support any legislation increasing the penalties for anyone committing a crime with an illegal gun.

Please explain: I think it is best to keep the mayor accountable for the school board. If you have an elected school board you would end up with strong political organizations electing their own people to the board.  It would be hard for anyone with a real passion for improving the schools to get elected on their own.

A: I don’t think wealthy property owners should get any TIF money at all, especially in the downtown area.

A: I think lowering of taxes in general especially commercial real estate taxes would help small business owners.  Also reducing the amount of fees they need to pay.

A:No I don’t believe in reducing it.  It is hard for an alderman to be able to represent roughly 15,000 residents effectively.

Please explain: I think it is foolish for Chicago not to have one.  I think all profits paid to the city should go directly into the pension funds.

Please explain: I don’t believe the speed cameras are properly employed in the right areas and the red light cameras I think the fines should  be restructured giving people a chance to correct their bad driving habits without hurting them financially.

Q:What are the top three issues in your ward — the ones you talk about most on the campaign trail?

A: A synopsis of what I talk about on the campaign trail will be sent to the residents several days prior to Feb 24th and will not disclosed until then. 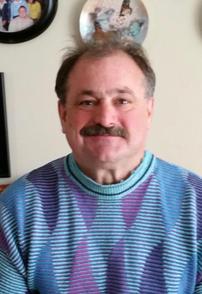