Pat Dowell is endorsed  by the Sun-Times. Read the endorsement here.

I believe that some form of pension reform is necessary. Specifically, I supported the elimination of compounding COLAs and increases in retiree health copayments.  I won’t pretend to know the magic formula, but I do feel that we should honor the spirit of the promises made to existing retirees in a manner that allows us to make benefit cuts that are compassionate to the beneficiaries without being punitive to taxpayers.

A: I am not anxious to raise property taxes to raise revenue for fire, police municipal workers and laborers pensions. Tax increases should never be the first option for generating revenue or plugging budget holes. I believe there is still exists some fat in the City budget that should be trimmed to find revenue to help meet these pension obligations.  I support exploring some of the other revenue generating measures that have been suggested, such as ending downtown TIF districts, capturing TIF surplus revenue on a case by case basis, exploring more State financial assistance, and examining a commuter tax and the idea of a federal financial transaction tax before looking to a property tax increase. However, I do acknowledge that new revenues are needed and that may ultimately result in a property tax increase to solve these vexing financial obligations.

A: I believe the State should increase significantly the amount it contributes to the cost of education. Additionally, I believe the Chicago Public Schools will need to negotiate with the Chicago Teachers Union some pension reform measures. I also feel that the idea of restructuring the manner in which we fund education, specifically, moving away from property tax funded education – such as funding education at least partially from a progressive income tax – that would make education more evenly funded while freeing up those property tax revenues for other purposes.

I support this idea in principle; however, I believe it is a measure that should be generated at the federal level to withstand legal challenges.

While I support hiring more police officers, I know that more officers are not the answer to solving the City’s gang and crime problems. I think it is time for the City to move forward on Beat Realignment, making the size of districts more geographically equal. Beats should be the same size. Then, adjust the deployment strategies to address incidences of crime as well as implement crime prevention strategies, including removing guns off the street.  I meet frequently with the Commanders in my ward to discuss hotspots, problem businesses, drug locations and strategies to address each area. In addition, the Commanders and their staff are included in my town hall meetings and some community/resident meetings beyond CAPS.  I also use my office as a safe place where residents can share tips/info to be shared with the police.

A: I supported the Kirk/Durbin Straw Purchasing / Gun Trafficking Bill. I also support increasing penalties for gun crimes committed near schools or safe havens. However, crime-fighting legislation has to be aimed at reducing the number of illegal guns on the street while at the same time addressing the root causes of crime, namely high unemployment and lack of access to jobs and job training programs. Also, I believe that true gun control legislation needs to be accomplished at the federal level, not locally.

I believe the school board should be elected and consequently held more accountable to the public rather than just the Mayor. However, this is in the hands of our State Legislature. I strongly believe improving schools will require a bottom-up approach. Also, an advisory referendum on the elected school board is on the ballot for the second time in my ward.  My constituents overwhelmingly support an elected school board voting over 90% for the referendum.  I represent my constituents.  Also, the Chicago School district is the only one in the state of Illinois that doesn't elect its school board members. Chicago’s should be like every other school district in the state.

Q: TIFs are the primary economic development tool of the city. In a TIF district, taxes from the growth in property values are set aside for 23 years to be used for public projects and private development. Do you support increasing the annual TIF surplus that the mayor and the City Council have declared in each of the last few years, money that goes to the schools and other city agencies?
Yes or No:
Yes, but on a case by case review of each TIF district.  Some TIFs are needed to promote economic and job development.

A: Playing with TIF surpluses is just tinkering around the margins of the problem. With that said, I think we need to develop a TIF surplus policy which the current administration is pursuing. I also think that some of the TIF districts, like those in the central business district should sunset. I believe every TIF district should have a clear plan for the use of the increment and every development project funded should have strong job creation and community benefit agreements. Finally, and this requires more discussion, I think CPS should be allowed to decide if they want to participate in a particular TIF district or not. While TIF’s have been used successfully and for their intended purpose in the 3rd Ward, I do not feel the number or size of those districts needs to be increased.

A: I am a pro-development Alderman. I meet frequently with the business owners in my ward to help stimulate their growth.  I attend conventions and trade shows to identify new development opportunities for potential as well as existing businesses. And, I counsel my existing businesses to ensure their eligibility for resources like Small Business Improvement Fund (SBIF) grants, property tax abatements, infrastructure improvements, land assistance, or TIF/Special Service Area assistance, etc. I also support economic development assist agencies such as the Urban League, Quad Communities Development Corporation, 51st Street Business Association, and South East Chicago Commission and Near South Planning Board who receive city financial support to boost economic activity throughout the ward.  I also meet with emerging and innovative entrepreneurs and visionaries who are seeking to develop or expand their businesses and connect them to technical, financial and community resources. I work to reduce the bureaucratic red tape to insure economic development activity in my ward proceeds in a timely fashion. Finally, I promote the positive attributes of the 3rd Ward to potential employers. The 3rd Ward is convenient to transportation networks, including highways, buses and trains. We are close to Lake Shore Drive and the central business district. We are convenient to higher education campuses in Hyde Park, downtown as well as in our own neighborhood.

A: If forced to give an answer to this question, I would peg the number at somewhere in the range of 25-35. However, I don’t believe reducing the size of the Council will result in any significant savings and would actually dilute the effectiveness of its remaining members, so I don’t have a specific number to recommend. Constituents tend to value proximity, access and accountability from their aldermanic representatives. All of those qualities would be diminished by dramatically increasing the number of constituents served by each Council member. Correspondingly, aldermanic staffs would have to be increased to provide the same level of service. As well, office operating budgets would have to increase to meet the increased costs of postage, transportation, printing, office supplies, office size, rent & utilities, etc. I do feel, however, that some savings could be realized by combining some Council committees and staffs.

I do support casino gambling in Chicago. However, it should not be considered as a quick fix to our revenue problems. Revenues from casino gambling should be very deliberately earmarked, for education, specific economic development initiatives and small business development.

Please explain:
I voted against the Mayor’s Speed Camera legislation, which was designed to generate revenue, and not to protect children as it was promoted. Too many examples of where the speed cameras are located happen to be places where there are no children. In fact there is no reliable, independent evidence that ticket cameras improve safety or reduce accidents.

Similarly, the Red Light Cameras have encroached upon a realm of law enforcement that properly belongs in the hands of police, where discretion is a factor. This automation of policing function is troubling to me. It deprives citizens of their constitutionally-guaranteed right to confront their accuser. Nor, is there present a police source to verify that the automated equipment was tested and found accurate prior to the time of the infraction.

Q: What are the top three issues in your ward — the ones you talk about most on the campaign trail?
A:
1.    Retail and commercial development, which will result in greater availability of jobs in my community.
2.    Education. Better schools, including expanded curricula, books & supplies.
3.    Improved public safety. Police need to get out of their cars and walk the commercial corridors, fostering more one-to-one relationships with residents who are not offenders. Residents need to work more collaboratively with the police. 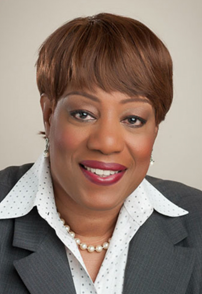