I will work towards comprehensive public sector pension reform that protects both pensioners and taxpayers. I want to give pensioners more choice by creating defined benefit programs to replace the current defined contribution program for new employees and for existing employees who opt in. This would allow pensioners the freedom to choose how their retirement funds are invested and when they will have access to those funds, rather than assuming a one-size-fits-all government approach works for all employees.

To accomplish this, some education would need to be done on the benefits of such a plan. Much fear mongering has been done on this topic to scare pensioners away from what would take this money and power out of the hands of bureaucrats, despite the fact that it is in the best interests of both the pensioners and taxpayers to resolve this crisis. But I am not running for Alderman to take the most popular stands—I am running to bring commonsense solutions to my city.

A: I do not support a property tax increase. If the current Mayor and City Council have their way, our property taxes could double! That would be a disaster for property values, small businesses, rising unemployment and the overall Chicago economy.

A: The first step is to closely inspect our schools’ spending to ensure every dollar goes towards educating children. We must spend as little as possible on administration while investing as much as possible in future generations. That is why I am calling for a forensic audit of CPS as a way to bring transparency and accountability to Chicago Public Schools. Savings found through duplicate functions, waste and fraud can be directed towards educating children and avoiding future budget shortfalls.

Only after we have ensured that we are making the most of our current level of funding, and once the city’s fiscal condition improves, can we can seek out additional ways to invest in educating our children. That’s why I support using money currently sitting in the TIF funds to shore up public sector pensions in the short term while restoring the tax base dedicated to public schools in the long term by eliminating Tax Increment Financing.

* A tax on non-Chicago residents who work in the city
Yes or No: No

Chicago faces a looming fiscal crisis. Massive budget deficits, compounded by excessive spending, exploding unfunded pension liabilities and an ever increasing debt burden threaten Chicago's fiscal solvency. If these problems continue, the City will no longer be able to borrow, tax or refinance its way out of fiscal calamity. We need swift action to address these issues.

I am running for Alderman to save Chicago from fiscal disaster without raising taxes. Chicago desperately needs an independent voice for fiscal responsibility. I will be that voice. I will fight to cut spending and stop the borrowing so we can lower our debt burdens and improve our bond ratings, which sit just a few notches above junk status.

The Chicago Police department plays a key role in my Ward, especially with the presence of Wrigley Field and the surrounding commercial areas. Unfortunately, when Districts 19 and 23 were merged, there was a noticeable decline in police presence in our neighborhood. I will fight to return our police patrols to the levels seen before the merger.

A: I do not see any legislation that has been proposed that would address this issue. Instead, politicians seem to be in an endless battle over guns rather than actually addressing the problem of crime and weapons getting into the hands of those who should not have them.

I will advocate for an elected school board so voters have someone to hold accountable for the quality and performance of our schools.

A: I believe strongly that we need to end Tax Increment Financing Districts and redirect TIF funds back to the areas they were intended to fund in the first place: city services, parks and schools. Instead, these funds are going to subsidize certain developers and projects over others and play favorites among the politically connected.

I believe there is a better way to promote economic development than creating inordinately high barriers for businesses via taxes, fees, and regulations, and then using TIFs to try to paper over those self-induced problems. I believe that by creating a level playing field and reducing the barriers for businesses in the city, we can not only spur increased economic activity, but we will also bring in more revenues that will allow us to shore up the pensions, pay down our debt and invest in our children and the safety of our citizens.

I believe the Cubs new owners are building a championship organization. They have proposed a dramatic renovation project that will transform Wrigley Field into the premiere Major League Baseball venue in the country. Lakeview residents need an Alderman who will partner with the Cubs to make the necessary improvements to build a World Series Champion, while balancing quality of life issues in the Wrigleyville community. Residents don't need an Alderman who is an adversary towards the Cubs and the Wrigley Field Renovation. I am a lifelong baseball fan with a special link to the Chicago Cubs. My Great Uncle, Ken O’Dea, played Catcher for the Chicago Cubs from 1935-1938, even hitting a home run for the Cubs in the 1938 World Series against the New York Yankees at Yankee Stadium.

A:  While I am unsure as to the benefits of such a move, if studies prove that such a reform would result in decreased costs and corruption, I would champion the reform. My plan to reform Chicago government is to focus on downsizing or consolidating some of Chicago’s 34 city government departments.

I do not believe a casino should be pursued as a means of paying our bills or stabilizing our budget, as casinos have proven to be unreliable sources of government revenue. That said, as we are taking other steps to improve our budget condition, I would support moving towards bringing a casino to Chicago so that we stop sending people across city and state lines to spend their discretionary income. However, I do not support the City owning such a casino because I do not believe it is the proper role for local government. There need to be strict safeguards and strong oversight put in place by the State to reduce opportunities for cronyism and corruption as I do not want to see an even bigger “red light camera scandal.”

On April 18th, 2012, 44th Ward Alderman Tom Tunney and 32 other City Council Members voted to install speed cameras throughout the City of Chicago. Since then, thousands of Chicagoans have been caught on camera in a scam to generate millions of dollars of revenue for the city by way of automated tickets.

Red Light Cameras and Speed Cameras are not about safety. They are a revenue gimmick for a city that can’t live within its means and a regressive tax on drivers that unfairly punishes poor people.

I will fight to repeal the unsafe, unfair and unconstitutional Red Light Camera and Speed Camera programs that are tainted by corruption. It’s time to Ban the Cams in Chicago!

A:   -Abolish Red Light Cameras and Speed Cameras
-Be Fiscally Responsible So We Can Invest More in Our Schools and Public Safety
-Save Wrigley Field

After witnessing the economic recession and the bailouts of Wall Street over Main Street, Davis decided to get off the sidelines and get involved. He became an activist, helping to organize local organizations and campaigns in order to audit government spending, hold politicians accountable, and ban red light cameras.

Davis believes public officials ought to represent their community over their Party. He will be an independent voice for the 44th Ward. He is a fiscal conservative, which is why he serves as the Republican Ward Committeeman for the 44th Ward. He is also a member of Citizens to Abolish Red Light Cameras and Campaign for Liberty. Scott’s mission is to promote ethical leadership in Chicago by advocating for fiscal responsibility, individual liberty, personal privacy, and transparent government.

Davis has a special place in his heart for our veterans. He organized a walk team for the 26th Annual Greater Chicago Food Depository Hunger Walk in 2011, and was a team participant at the 3rd Annual Run to End Homelessness 5K Run/Walk, raising over $7,000 for homeless veterans. Scott’s father is a Vietnam combat Veteran who served as an Army artillery officer from 1967-68.

Occupation: Scott Davis is a Project Manager and community activist living in Wrigleyville. As a Certified Project Management Professional (PMP), Davis has 12 years of experience managing projects in the areas of Information Technology, Software Integration and Software Development. He currently works in the Loop as a Project Manager for an internet start-up company 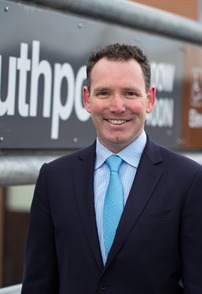