Q: Under what circumstances would you support a property tax increase to raise the needed revenue for the fire and police pensions and/or the municipal workers and laborers pensions?

A: Property taxes would force the workers who have already paid their fair share into the pension to pay more for their own benefits.  New revenue streams need to be explored.  Corporation tax deals and loopholes should be closed to avoid taxing working families even more.  Nearly 50% of Illinois corporations pay no taxes at all.  Nationally corporations foot only 7% of our nation’s tax bill down from 30% 50 years ago. It is time corporations pay their fair share.

A: This is a budget priority problem and not a funding problem.  Teacher pensions have been misappropriated by the Mayoral-appointed Board of Education and City Hall.  Keeping our contract with all workers is imperative to maintaining a middle class in Chicago.

Progressive revenue streams that do not tax teachers and other working families need to be explored.

Yes or No:  It depends on what those consumer services are but overall I prefer progressive taxes over regressive ones such as a sales tax.

* A tax on non-Chicago residents who work in the city
Yes or No:  YES – a commuter tax needs to be fully debated.  It is a viable option.

As previously stated, we need to find new sources of revenue and not return to the same workers and property owners who have consistantly paid their share through sales and property taxes.  Illinois should join the 40-plus states who have a graduated state income tax, where, if you make more, you pay more.  A flat tax is inherently unfair.

We need a fully funded, fully-staffed, community-based police force in all city neighborhoods to address local issues as well as participate in city-wide anti-crime programs.

A: I honestly do not know what is currently being proposed in Springfield but I do support stringent gun control laws.

First, we need the wisdom of educators, parents, students and academics to guide us on improving our schools.  That is vital.  As it now stands, and has since 1995, business interests are calling all the shots and they largely do not understand the mission of public schools:  teaching and learning.  Finally, voters need to be able to hold local officials accountable for the all school-related decisions by electing the Board of Education.  I am proud that my campaign collected hundreds of signatures to place this question on the 40th Ward’s ballot.

Q: TIFs are the primary economic development tool of the city.  In a TIF district, taxes from the growth in property values are set aside for 23 years to be used for public projects and private development.  Do you support increasing the annual TIF surplus that the mayor and the City Council have declared in each of the last few years, money that goes to the schools and other city agencies?

A: Ultimately, I would like the TIF program to end if it can’t be made transparent and accountable to Chicago residents.  We deserve a full accounting of why the taxes we tacitly agree to pay for schools, parks and libraries that improve our quality of life are diverted to  profit-making corporations via TIF deals.  TIF recipients must create long-lasting, good-paying jobs by providing goods and services residents want.  If we can’t do that, then the money should stay with our schools, parks and libraries.

A: I would use TIFs to support small businesses and hold recipients accountable for creating long-term, living wage jobs and ensure that no self-dealing occurs.  I would fight to hold the line on property taxes that make it extremely difficult for a small business to remain open.  Finally, I would fight for increased funding for basic infrastructure – speedy road and sidewalk repair, minimal metered parking, restoration of the rat abatement, tree trimming and replacement budget.  These are the city services that make businesses more accessible and attractive to customers.  In addition, small business owners, just like working families, are being feed and fined to death.  We all need a simple, straightforward tax system.

A: I’m not going to pick a number out of my hat but I will say that if Ward consolidation would increase the quality of services and decrease the costs, as a City we should conduct a serious  study and vet how some other cities make do with fewer council members.  More important is how the City Council conducts its business.  All government bodies should have watchdog  but the City Council does not.  My opponent pushed through a last minute ordinance to strip the Legislative Inspector General of his powers and give the job to the Board of Ethics Committee which has never found any wrongdoing in 25 years.  That isn’t good government.  What could be good government is making the Independent Budget Office happen so that aldermen have an independent review of all proposed legislation and a reasonable amount of time in which to make informed decisions about how they spend our money.

Please explain:  The risk of harm to our society is too high.

Please explain:  Both programs are prime examples of why I am staunchly against privatizing our city’s revenue sources.  The bribery involved in awarding the red light contract and shortening the length of yellow lights to dole out more tickets simply to boost profits increases Chicagoans’ cynicism about civic life.  What we need is more fairness in our society.  Basic fairness.

A:   - Edgewater Medical Center has been standing empty and decaying for 13 years.  It was declared a public hazard.  All the near-by neighbors wanted was to allow their children to play safely outdoors and to protect their investment in their homes.  That is not a lot to ask.
- Jet Noise - Due to the O’Hare Modernization Plan passed over 10 years ago, our ward now suffers the noise and pollution of 70% of all incoming flights to O’Hare.  70%.  My opponent voted in support of that measure without an impact study on how it would affect his ward residents’ quality of life and housing values.  That vote was callous and irresponsible.
- Revitalizing the Lincoln Avenue corridor north of Lawrence is one of my top priorities.  Neighborhoods need commerce to thrive, not more condominiums.  I will cooperate and invigorate entrepreneurs to open family-run, community-based businesses and services our residents want – restaurants, the arts, grocery stores, green spaces, boutiques, office space – that will make Lincoln Avenue come alive again.  I am committed to helping the residents of Lincoln Bend build a community they can be proud of.

Political/civic background:  I moved to the 40th Ward 30 years ago, raised my son (now a Chicago attorney) and I have been active in civic life as a volunteer with my neighborhood organization, W.A.N.T. (West Andersonville Neighbors Together), in my church, St. Gregory’s and other ward-level groups (Edgewater Historical Society and W.E.A.R.).  I have volunteered on youth after-school programs, helped establish and manage our farmer’s market, served on various church committees including financial oversight and fundraising, and am an active Chicago Teachers Union member as well.  I was raised in unincorporated Cook County.  I have not previously held an elected office. 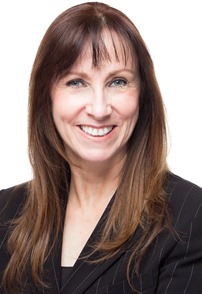