Yes or No: It depends.

A: As I stated above, we need more guidance from the courts to find out what type of reform is even permissible. I support a more equitable tax structure, including a progressive income tax at the state level, to help better finance our schools, obligations, and city budget.

A: I would first like to see a concerted effort to restore a more equitable share of state funding to the City of Chicago. If we can pass a progressive income tax at the state level we should work to make sure some of that money is used in Chicago to fund our schools and pensions.

* A tax on non-Chicago residents who work in the city
Yes or No: No. The last thing the city of Chicago wants to do is discourage non-residents from bringing their business and money. Chicago has just made strides with Google and other major companies making Chicago their home. We don’t want them looking to bolt back out to the suburbs because of some type of commuter tax.

A: The situation with illegal guns in Chicago is desperate. I support any sensible solutions that will reduce the influx of illegal guns onto our streets.

I believe in democracy and accountability and giving people the power to hold their school representatives accountable seems perfectly reasonable to me. But I would like to see more specifics before committing fully to this proposal.

TIF funds should be used to revitalize our cities neediest neighborhoods and create new opportunities for residents.

A: We should make sure TIF funds are being used in our cities neediest neighborhoods and not used on projects that would already happen without them.

A: TIF funds have the potential to attract businesses and bring jobs to the 24th Ward that can adequately sustain our families. In City Council, I would fight for increasing the use of TIF funds in the 24th Ward.

Finding good, hardworking and dedicated employees is difficult. To encourage employers to hire local residents, I would streamline the job search process. My office would prepare a group of resumes of local residents for new employers in the 24th Ward.

A: My ward has a high number of residents that rely upon government services. They need a hard-working alderman who is accountable and available. Reducing the size of city council might save a small amount of money – especially when compared to the overall budget – but it would lessen the opportunities for our city’s neediest residents to have meaningful interactions with representatives of city government.

Please explain:
A: I would only support a properly planned casino that does not create traffic and crime problems for residents of that neighborhood. Any potential casino project should also create local jobs and guarantee a source of revenue for city schools or services.

Please explain:
A: As long as the program can prove that it is accountable and improves public safety, I will support it. Cameras should be based on statistical evidence proving their necessity and should not be used as a long-term source of revenue.

I believe focusing on these four components will encourage current and prospective residents to strengthen ties to our community, encourage more businesses to move to the 24th ward, and stimulate a flow of economic resources I know our community deserves.

Political/civic background: I served in President Barack Obama’s Administration in the Midwest region of the General Services Administration, as well as his U.S. Senate office from 2005-2012. I am a 7-year member of the Executive Board for Good City and an active member of Lawndale Christian Development Corporation's “Westside Men Can Cook” Program. I also worked on Attorney General Lisa Madigan’s campaign in 2002 and then-Senator Obama’s campaign in 2004. 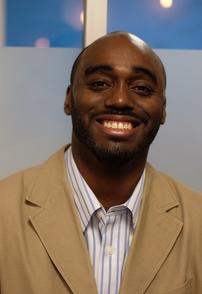