I do not support restructuring the current pension system prior to 2015. According to Article XIII Section 5 of the Illinois Constitution, it is unlawful to reduce benefits for current employees. Pension obligations must be met for current employees and should be reformed to sustain future employees. Pension obligations can be met by increasing revenue and by prioritizing this expense in the city’s budget. I support funding the city’s pension fund through potential revenue sources like the LaSalle Street Tax, Commuter Tax, a sales tax on large financial transactions and taxes of international business owners (those who own property and services in the US but live in other countries). I am also supportive of a progressive income tax that would increase revenue by requiring that those with higher incomes pay a larger share in taxes.

A: Any hike in property taxes should be used to support school funding. As stated, I support funding the city’s pension fund, for municipal and laborers, through potential revenue sources like the LaSalle Street Tax, Commuter Tax, a sales tax on large financial transactions and taxes of international business owners (those who own property and services in the US but live in other countries). I am also supportive of a progressive income tax that would increase revenue by requiring that those with higher incomes pay a larger share in taxes.

A: I think an effort should be made to recoup the losses incurred due to the interest rate swap arrangements. If those resources could be recovered through re-negotiation or litigation, they could be reinvested in schools and pension obligations. I also think there should be more transparency in how TIF funds are used. Excess TIF funds should go back into supporting local school districts and ensuring that the Chicago Teachers’ Pension Fund remains solvent. Finding new sources of revenue, as mentioned above, could also stabilize the district’s finances.

* A tax on non-Chicago residents who work in the city
Yes or No: Yes

Please explain your views, if you wish, on any of these three revenue-generating measures.
Taxation must be fair and equitable. Current tax codes tax Chicago’s working class and poor disproportionately in comparison to wealthy counterparts and corporations. A sales tax on consumer services would create another system where the cost is passed on to the consumer, absolving corporations, businesses and the wealthy.

The CPD is understaffed and hiring additional officers should be a priority. Many communities in Chicago are underserved by the Chicago Police Department. Relying on overtime is not a sustainable solution to reducing crime in the city. Additional hiring should result in more officers patrolling beats on a regular basis to deter criminal activity in high crime areas.  Also, neighborhoods that are traditionally low-crime have seen increases in crime as officers have been moved to higher crime areas. This cause and effect relationship must be equalized by hiring more officers. There also must be an effort to enact more community policing programs so that law enforcement can work in partnership with residents to reduce crime in a way that is respectful to the community.

A: I would support and advocate for the passage of Gun Trafficking Prevention Act. The passage of this Act would reduce the daily flow of illegal guns in Chicago. This Act would prosecute gun traffickers and participating parties for the sell, transfer and purchase of guns that are knowingly used in a criminal manner. The act would also prosecute those who provide false information on transaction records (e.g. straw purchase).

As a former teacher and a current administrator, I think it is imperative that Chicago switch to an elected school board. More than 96% of school districts nationwide are elected and, when asked, 77% of Chicagoans said that they want an elected school board. Vital decisions about school funding and school closings should be made by people who are elected by the people, not appointed by the Mayor. As cited by a recent Sun-Times investigation, companies Deborah Quazzo has a stake in have seen their contracts with CPS triple since she was appointed to the Chicago Board of Education.  These insider deals are unacceptable and would not take place under a more democratic system. I am an educator and a strong proponent for an elected school.

Q: TIFs are the primary economic development tool of the city. In a TIF district, taxes from the growth in property values are set aside for 23 years to be used for public projects and private development. Do you support increasing the annual TIF surplus that the mayor and the City Council have declared in each of the last few years, money that goes to the schools and other city agencies?
Yes or No:No

A: I would require that community stakeholders be part of the decision-making process to decide how TIF funds are distributed and what projects are funded. Part of this process would be to ensure that the funds are being used to support blighted communities, as intended. TIF funding should also be coordinated with the city’s long-term capital budget so that these funds can be used to support the city’s larger objectives. I would also call for oversight of the TIF program for transparency and accountability.

A: I would work with ward residents to draft an economic development plan. I would also engage them in a participatory budgeting process that allows them to have a voice in how allocated funds are spent. I plan to have developers, financial entities, and community members work together to craft new development initiatives and ensure that local families are the primary beneficiaries of any new development projects.

A: In order to ensure that Chicago’s diverse communities are adequately represented, we should maintain the current number of Alderman. Any reduction to the size of City Council should be carefully constructed so that all communities are still being represented and the lines are not being drawn in a way that benefits one group at the expense of another.

Please explain: While it might generate revenue, I do not think gambling or casinos are a sustainable or healthy way to improve our communities.

Please explain: I think the speed cameras are over-employed and strike me as a petty way to generate revenue. I would reduce the number of red light and speed cameras being used, especially in communities with a larger share of people with a low-income status.

A:
1.    Reducing crime by strengthening the CAPS program and creating a community policing initiative.
2.    Holding banks accountable for maintaining foreclosed properties and putting homes back on the market in a timely fashion.
3.    Drafting an economic development plan in partnership with developers and community members.

Political/civic background:  Earlier this year, I served as emcee for a press conference in support of the minimum wage increase. I have been a vocal proponent of increasing the minimum wage for working families in Chicago. For nearly a decade, I have been a community activist with Southsiders Organized for Unity and Leadership (SOUL), a non-profit organization that partners with faith and community organizations to work on social justice campaigns on the south side. With SOUL, I have been involved with campaigns to end mass incarceration, to improve the quality of public education and to bring good jobs to our community. I also founded and served as President for the Crandon Avenue Block Club. Additionally, I served as Co-Director for a mentorship program for young African-American girls called S.I.M.S.A.                    Campaign  website: lashonda.w18.wh-2.com 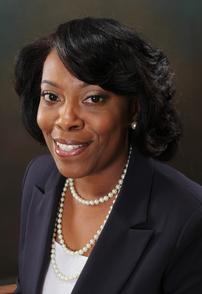