Many difficult decisions will have to be made. At this time the pension solution is directly tied to what the Supreme Court and the State Legislature will do, as it relates to pensions.  Then a clear and long term answer can be offered for the pension and the overall financial health of the city.

A: Only if it is the last case scenario after all other options have been exhausted.

A: I will work with other public officials to intervene dialogue with State Legislation the duties and obligations to the CTPF.  We will work collaboratively to propose and come to a consensus on an overdue matter that should have been resolved decades prior to my candidacy for office.

Please explain:  Outrageous amounts of monies are being spent funding overtime on current over exhausted police personnel.  I believe increasing the police personnel will not only reduce crime, but it will allow a far more productive crime prevention team that will increase safety for residents and morale in Chicago Law Enforcement.

A: The straw purchase legislation where it prohibits the transfer of a firearm purchased from one source for another person.  The Supreme Court passed a 5-4 ruling that allows strict enforcement of the federal ban on gun "straw purchases," or one person buying a gun for another. This allows safety and the stringent law and procedures a person has to undergo and stipulates in writing, "Warning: you are not the actual buyer if you are acquiring the firearm on behalf of another person. If you are not the actual buyer, the dealer cannot transfer the firearm to you."

Please explain:
I am in favor of an elected school board.  I believe that the parents who send their children to city public schools should have a voice in who represents the school board and the interest of their children.

A: I believe in implementing the TIF spending in our city budgets which will allow it to become democratically controlled.  I also believe that there should be a measure of performance and that the developers have to be held accountable for their projects.  Moreover, we need to include the public and allow the residents to monitor city spending online through the adoption of the “Transparency 2.0.”

A: I would attract employers by helping to create a safer environment for the residents and potential business investors. I would encourage employers to hire local residents by using my aldermanic office as a conduit.

A: I believe that the City Council would be far more productive with 35 members as oppose to 50, because they can concentrate on the issues and create a concise group that will resolve matters quickly as oppose to having to wait upon 50 members.  I believe this will also help reduce and alleviate the budget deficit.

Please explain:
I do not support a casino in Chicago because it will demoralize our city and create additional problems for both the residents that reside near the casino and the city.   It will promote drinking and can create an atmosphere that is not suitable for our family friendly environment in Chicago.  I believe it will increase gambling addiction and crime.

Please explain: I believe we have too many and their primary function is to generate revenue.  Potentially, I might keep those cameras that have proven to prevent accidents but not those that steal from the public.

A: The three top issues in my ward are crime prevention, public safety and resources for our youth. Crime prevention and public safety which would help stimulate greater business activity by providing a safe environment for existing business owners and those willing to invest in our community.  This would not only benefit business but would provide safety and an improved quality of life to the residents of the ward.  The biggest concern I hear from the residents is that there is too much gang activity and lack of resources for our youth. There has always been a lack of resources for our youth.  I would achieve it by proposing community centers and implementing a street intervention youth program.

Political/civic background:  Community outreach and public event coordination through providing free accessible services to the predominant Latino population in Chicago for the Belmont Cragin, Hermosa Park, and Humboldt Park Communities.  Volunteered with various homeless programs including “Hot Meals for the Homeless,” “Meals in Humboldt Park,” “Outreach to the Homeless ministry,” Collected toys, medical supplies, and toiletries for Lydia Home and orphanages both here and out of the country.  Helped several seniors with public assistance programs and aided numerous veterans with their benefits and recognition.  I have conducted community engagements in both the Cook County Juvenile Detention Center and Cook County Jail.  Aldermanic Graduate Intern for the City of Chicago in 2014 for over 6 months.  Precinct Coordinator and Poll Watcher for the former 8th District Cook County Commissioner Edwin Reyes 2014, Volunteer for Senator William Delgado in 2014, and Canvasser and Organizer for Mayoral Candidate Pastor Wilfredo De Jesus in 2011. 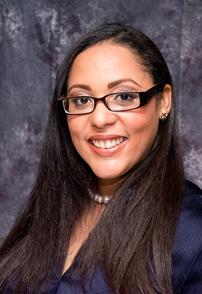