Restructuring the pension systems along with surveying the existing enrollees in their interest to return to work without punishment/penalties and requiring that firefighters and police officers hired after 2014 to contribute approximately 2% more to the plan.  In addition, the taxing of consumer services. has the potential to provide the additional revenue the city needs.

A: If the taxing of consumer services cannot produce the revenue needed to support the pension system, an increase in the property may be the only feasible choice, however, I would certainly be an advocate for other alternatives or measures.

A: Placing a cap on pension payouts based on the number of years of service in addition to appropriating more revenue generated by the new taxation of consumer services should be assessed for feasibility.

A tax rate similar to that of the state’s 0.01% has the potential of generating significant revenue for the city’s ailing budget while lessening the burden of additional taxation on middle or lower class.

Chicago has approximately 2.6M residents and 12,505 police officers the residents of Chicago could benefit from at least 500 more officers and the additional officers would help CPD provide better services without shifting vital manpower during higher crime season/events.

A: Stiffer penalties for individuals with unregistered guns and increase in fees for gun registration.

A: I propose public and open community meetings for more accountability on where/how TIF funds are being spent.

A:50 Alderman is a sufficient number to represent Chicago’s population.

Only under condition that programs such as Gamblers anonymous and some type of mental health program is fully funded. Also, provided the 16th Ward receive its fair share of the revenue and jobs generated by the casino.

Please explain:
There are too many red light and speed cameras. I’m opposed to the present amount of cameras I would not support any increase in the Red Light Camera program unless there is more transparent progress in the program.

A: Economic development for both businesses and adequate affordable housing
Education-More cohesive foundation between public/charter/private schools
Crime- Reduce the need for criminal activities by motivating young people and adults to get involved in the community. 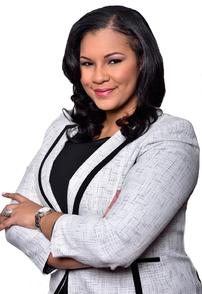