Q: Chicago's fire and police pensions are greatly underfunded, and the city is required by the state to make a $550 million payment into the pension funds by the end of 2015. Do you support restructuring the pension systems, inevitably reducing benefits, to put the funds on sound financial footing?
Yes or No:No
Please Explain: My father was in law enforcement and he has been retired for longer than he worked for the City of New York. I think it is important to take care of people who provide service and risk their lives daily. However, these retirement benefits should be restructured to balance the ability for the community to support future financial needs.
Chicago's pension systems for municipal workers and laborers already have been restructured, reducing benefits, but the city has yet to identify where it will find the revenue to sufficiently fund those systems. Under what circumstances would you support a property tax increase to raise the needed revenue for the fire and police pensions and/or the municipal workers and laborers pensions?
I am not in favor of raising the taxes in Chicago. Citizens are already paying too much of their earnings on taxes.

Q: Large and growing payments required to keep the Chicago Teachers’ Pension Fund solvent are squeezing CPS' budget, forcing cuts elsewhere and limiting investment. The Chicago Board of Education has increased property taxes, but it is not enough to keep up with the high annual costs. What measures do you support to ensure a solvent retirement system and to improve the district's finances?
I want full disclosure of any surpluses and more transparency in the operations and fiscal management of Chicago public schools.

Q: In light of the financial issues discussed above, do you support any or all of the following measures, each of which would require, at a minimum, approval by the Illinois Legislature?
* A statewide expansion of the sales tax base to include more consumer services
Yes or No:NO
* A tax on non-Chicago residents who work in the city
Yes or No: NO
* A tax on electronic financial transactions on Chicago’s trading exchanges, known as the “LaSalle Street tax”
Yes or No:NO
Please explain your views, if you wish, on any of these three revenue-generating measures.

Do we have a pension crisis or a leadership crisis or a creativity crisis? I am not for raising taxes on Chicago residents. We need to be more creative to find equitable solutions. I think corporations should pay their fair share of taxes. I support a flat 1% tax on non-residents who work in the city. I can support a LaSalle Street Tax that isstructured to impact high volume transactions. These pension issues are solvable for people who want solutions.

Q: Do you support hiring more police officers to combat crime and gun violence in Chicago?
Yes or No: NO
Please explain: I may support hiring more police officers to adequately protect and serve if the federal government under-writes a portion of the expense. Further, I think there is a greater problem that money can’t solve. The police and the communities they serve need to work on better communication in order to foster more unification and trust.
What legislation in Springfield would you support to try to stem the flow of illegal guns into Chicago? Hold licensed gun dealer with the responsibility of ensuring their guns don’t find themselves in criminal hands. Report stolen guns immediately and impose fines, suspensions or other penalties accordingly.

Q: An advisory referendum on switching Chicago to an elected school board, rather than an appointed board, is expected to be on the ballot in more than 30 wards on Feb. 24. Currently, the mayor appoints all seven board members and the Schools CEO. Do you support a change to an elected school board?
Yes or No:YES
Please explain: The citizens should have the right to elect a school board. Chicago is one of the only municipalities in Illinois in which the mayor appoints everyone. Clearly it is not working for the students, families, and the Chicago Teachers Union. Taxation without representation breeds anarchy.

A: More transparency is required with TIF funds. I am not in support of any increases until there are definitive tools in place to ensure increments are utilized and routed properly

A: I would first do a needs assessment with the local chamber, planning & development, general services & any other entities that could assist in determining highest and best uses of available retail space and vacant parcels. I would apply to programs the State of Illinois has to utilize additional resources for greater matching funds at both the state and federal levels. I would engage more stakeholders to utilize the (local professional) skills to assist in planning & organizing the community. Fortunately in the 5th Ward, the possibility of utilizing the resources of University of Chicago would be of great value in the process of neighborhood development. I would contact retailers and arrange for caravans and tours of the ward.

A: I am not in favor of reducing the size of city council. One alderman per 50,000 citizens is a reasonable representation.

Yes or No:NO
Please explain: Chicago is an international destination for tourism and is promoted as a world class city. I believe gambling casinos would breed more crime and undermine the goal of tourism in Chicago. I also believe gambling casinos in Chicago would breed more crime and undesired nuisances to interfere with the quiet enjoyment of nearby residential areas.

Please explain: The issue is not the number of red light cameras. The issue is how/where they have been deployed and the unsuccessful implementation of the program being focused on increased safety verses revenue generation. The program also lacks transparency and integrity. My opinion on the current red light/ speed camera situation is “Fix it or nix it”.

Q: What are the top three issues in your ward — the ones you talk about most on the campaign trail?
A:

Issue 1 – Community Wellness: Limited availability of affordable, healthy food/produce across the ward. Currently, South Shore on the south end of the ward is a food (retail & services) desert. The lack of a trauma center to cover the south east side of Chicago is a major concern. The increased presence of more homeless and mentally ill people roaming the streets is also a concern. There was a lot of discussion and heavy circulation of petitions for an elected school board, which I support. The adequate education of our children is critical and important as it relates to other matters that will impact the quality of life.
Issue 2 – Economic Development: Limited community engagement in the economic development process such that people feel their concerns and comments go unheard. At the north end of the ward, there is economic development, but many residents are not pleased with the “growing pains (no parking, crowded streets, etc)” and loss of the “quaint charm” of Hyde Park. At the south end of the ward, there is no economic development, consistent divestment, and no job creation, which has spurred a renewed activism. The divestment occurring in South Shore has not only created a food desert, but has negatively impacted the entire corner and surrounding areas of Jeffrey Boulevard at 71st Street; the economic engine of the mall has been compromised and has rippling effects.
Issue 3- Safety: Crime, safety, and police profiling are also a major concern, but with different focuses. Hyde Park experiences more property crimes and South Shore has more violent crimes perpetrated on people. Few are pleased with the phenomenon of police profiling that exists across the ward from the Chicago Police Dept. or the University of Chicago police force 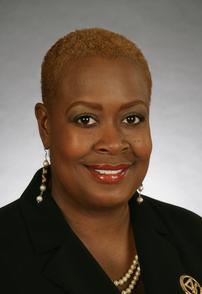