Pension reform is necessary in order to keep Chicago out of a financial crisis. However, reform must start at the state. For too long the state has put off true pension reform.
One of the changes I would support includes decreasing the number of taxing bodies in the state. While some taxing bodies are essential (counties, for example) others are not. The state should take a look at which taxing bodies have out grown their usefulness and eliminate them. This would remove the pensions associated with the taxing body and remove future liabilities. Pension reform however, cannot take away from those currently receiving benefits. The reforms would have to be for future generations. While the benefits may not be the same, future generations would have a pension to access. If no reforms are made, generations of state workers will be left with little to no options.

A: Raising property taxes will be a last option scenario.  First, we must restructure TIF and do complete assessment of our procurement process and wring some cost out of the system.  We are a 7 billion dollar Corporation and yet we do not formally engage in an “internal audit” to point to and recommend how to fix inefficiencies in the system.  There are many ways to look at our tax base and see how functional it is.  Raising property taxes must be a last resort.

We must rely on an independent auditor to assess and recommend more efficient ways of management.  There are too many duplication of duties and many chief area officers that do not add any value to the education of our youth. Further consolidation of top administration and management is needed.  We must implement a 10-year plan to strengthen our schools on the education front as well as increasing community participation.

Yes or No: Yes, expansion of the sales tax is a fair way for all in society to participate in the well being of our State.

Yes or No:  No.  This is would drive out companies that want to relocate as well as making it harder for companies to attract employees.

The global financial system and firms now have many options from where to do business.  They could easily set up shop in Asia or Europe and no one would know the difference.  We should study further a lease tax and see the economic impact.   This would be more logical than an EFT.

Please explain:  It is extremely important to have a well rested and motivated police force and by the same token we must always be vigilant that it all starts with community policing and community involvement.  Citizens must participate in order to ensure a good quality of life for everyone in the City

A: We must make manufacturers more accountable and make the guns more traceable and safer.  We certainly have the technology to ensure that the owner of the gun is the only person that could use it.  Something kin to fingerprint technology could be used for guns and identification.

I do not support an elected Board of Education. An elected school board system would lead to a less accountable Board, one with shifting priorities and haphazard implementation. Having one person be accountable to the voters is important. Any Mayor who’s Board does not produce results needs to be held accountable. Voters will be able to decide if that is the current situation. A study by the National Association of School Boards found that there was no difference in test scores for districts with a elected school board versus a chosen school board.

Q: TIFs are the primary economic development tool of the city. In a TIF district, taxes from the growth in property values are set aside for 23 years to be used for public projects and private development. Do you support increasing the annual TIF surplus that the mayor and the City Council have declared in each of the last few years, money that goes to the schools and other city agencies?
Yes or No:  Yes.

A: I support TIF reform.  We must do away with non-performing TIF’s and narrowing their use to strictly economic development. Also, they should not to be used for stadiums or schools.  If it does not result in economic activity then it TIF should not be used and returned to its taxing body.  The State is responsible for funding education not the City.
TIF reform is necessary. The number of TIF’s in Chicago is excessive and many of them are not performing the way they should.

I would support limiting the TIF’s that are solely used for tourism purposes. The communities of Chicago are essential to Chicago’s growth and TIF’s are one tool in the box that can help. Reform can be used to ensure that TIF’s in areas with stressed economies, high unemployment and little business growth are nurtured and supported. I do not support the $55 million allocation for the Marriott Hotel and DePaul basketball arena. The primary focus of these projects is to bring in tourism. The surrounding community is not in distress unlike several of the communities on the South, West and Southwest sides.

A: I have focused on bringing employers to the 12th Ward in two ways: use of financial incentives such as TIF money and by revitalizing housing and educational options. Employers are looking to hire employees who want to not only live nearby but are also willing to improve the neighborhood. Companies in tech hubs such as 1871 are flocking to neighborhoods that offer work, play and other resources. The 12th Ward has infrastructure capable of handling green technology jobs. The Central Manufacturing district was ignored for years.

After the redistricting, my first priority has been to market the ward and its potential to companies that wish to take advantage of the affordable single-family homes and public amenities in the ward. In the past year alone, I secured a Mariano’s in the ward, which brought over 400 union jobs. Other businesses such as AutoZone, Dollar Tree, and Sleepy’s have all come to the ward in the past two years. A new plaza is being built at 38th and Rockwell, site of the former CTA Bus Barn that had been abandoned for years. It will contain a LA Fitness and a women’s clothing store among other retail options. I have focused on bringing employers who not only want to relocate to the ward but bring their employees as well.

One of the accomplishments I am most proud of is finding innovative solutions to business problems within the ward. Currently, I am working on expanding commercial and exhibition space for small businesses that find McCormick Place prohibitively expensive. These small businesses will be able to network and exhibit to potential investors in a location that is nearby. I have also focused on reusing existing and abandoned spaces such as the former Campbell factory on 35thSt. It now houses several businesses including New Era Windows Cooperative, formed in 2012. This is one of many examples of business incubation that I have promoted by supporting the rezoning and expansion of decaying buildings into viable factory locations.

This is an option that Chicago should examine. With the right resources and implementation, Chicago could have a system of fewer Aldermen. Other large cities across the country have much lower numbers of elected officials. Wards would be larger and communities could be kept intact. For example, Back of the Yards has been divided into four different wards. This affects the residents and a comprehensive approach requires the agreement of four separate Aldermen.  Reducing the number of Aldermen is an option I would be open to. The number could be as low as 25, perhaps 35 would work as well.

Please explain:
Chicago has become more of a tourist attraction and we have spent a fortune revitalizing the near downtown, Grant Park and the South Loop.  A casino solidify Chicago as an international destination.

Please explain:
I’m disappointed in the implementation and the results.  I believe that if the safety data does not back up any improvements in a particular location then a red light camera should be eliminated.  We have completely changed traffic patterns in Chicago and in some areas or rather some neighborhoods are now bumper to bumper during rush hour.
Significant changes need to be made. There have been numerous examples of schools and parks that have had a reduction in traffic and pedestrian accidents. That said, the cameras should be placed appropriately. Mulberry Park in my ward is the perfect example. It is a small and underutilized park hidden away from most residents. The only access point is South Robinson Street, a direct entry to I-55 that is used primarily by commuters. However, due to it’s proximity to Ashland and Archer, CDOT decided to place a camera within 1/8 of a mile of the park. The location, however, could not be seen from the park or even if standing in front of the park. Situations like this take advantage of sound safety practices and only cause further aggravation and distrust by constituents and voters.

After extensive surveying and research, my office concluded that most residents do not use the park and do not see a need for it in its current location. While safety was their first concern, they admitted to not using the park since it’s current condition is poor and not safe for children. Additionally, it is placed in a location where most traffic is due to the highway and not families. I support a program that has appropriate limits and is used effectively. I do not advocate for camera placement merely because the “numbers” say one is needed. Safety cameras cannot be used for a naked attempt at squeezing residents from their hard-earned dollars. They must be placed judiciously. 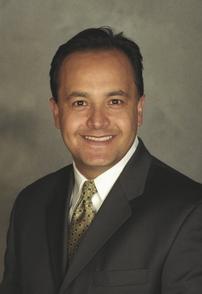