Q: Chicago's fire and police pensions are greatly underfunded, and the city is required by the state to make a $550 million payment into the pension funds by the end of 2015. Do you support restructuring the pension systems, inevitably reducing benefits, to put the fundson sound financial footing?

Please Explain: I do support the restructuring of the pension system but how that is done is the million dollar question? Mayor Emmanuel has said that the city can’tafford the $550 million payment due at the end of 2015.

Our fire fighters and policemen/women risk their lives every day for us and we should not reduce their benefits. I’m not sure just how that can happen. Abeginning is to have more discussion about the multiplier being used to  formulatethe pension funding which has not been increased since 1982. Consequently, themoney has stayed flat with this kind of system in place. Another discussion whichneeds more consideration is the percentages that employees pay as well as employers. Comparing what employees pay into their pensions in private and  public sectors and what employers pay into each is another area which needs  further discussion. Social Security ceiling benefits and Government employee  benefits are starkly different.  Chicago's pension systems for municipal workers and laborers already have been  restructured, reducing benefits, but the city has yet to identify where it will find the  revenue to sufficiently fund those systems. Under what circumstances would you support  a property tax increase to raise the needed revenue for the fire and police pensions and/or  the municipal workers and laborers pensions?

Q: Large and growing payments required to keep the Chicago Teachers’ Pension Fundsolvent are squeezing CPS' budget, forcing cuts elsewhere and limiting investment. The Chicago Board of Education has increased property taxes, but it is not enough to keep up with the high annual costs. What measures do you support to ensure a solvent retirement system and to improve the district's finances?

A: An evaluation of how much employees  pay into the pension fund and a actuarial analysis is needed looking at the age of thework force and coming up with a plan that has a graduated scale for premiumsbased on age of the employee.

Q: In light of the financial issues discussed above, do you support any or all of the following measures, each of which would require, at a minimum, approval by the IllinoisLegislature?

Yes or No: Depends on which consumer services would be taxed

Please explain your views, if you wish, on any of these three revenue-generatingmeasures.

Non Chicago residents contribute daily to the commerce in Chicago by buying goods and services in Chicago.

Please Explain: I support hiring more police officers after a plan of action is developed for the neighborhoods they will serve in. To hire police officers thinkingthat their presence alone will deter crime is not sensible and will not yield the resultsthat are intended. Instead, partnerships with community residents and localbusinesses would be more effective with neighborhood policing. Having meetingswith residents and getting support is something that I could support.

A: I support legislation that would require more stringent background checks for people applying for gun registration. We need national data bases that mental hospitals and mental health facilities are required to update regularly withpatients that have severe mental conditions which would be identified by mentalhealth professionals and voted on by the legislators after proper hearings.

Please explain: I support switching Chicago to an elected school board because when people have to run for office I think they take their jobs more seriously as it comes with a clear set of policies instituted by the Illinois School Board Association as wellas The Illinois Department of Education. Probably unintended, the Chicago school board appointments gives the perception that favoritism and rubber stamping istaking place between the mayor and those he appoints.

A: TIFs are the primary economic development tool of the city. In a TIF district, taxes from the growth in property values are set aside for 23 years to be used for public projects and private development. Do you support increasing the annual TIF surplus that the mayor and the City Council have declared in each of the last few years, money that goes to theschools and other city agencies?

Yes or No: Yes, I do support increasing the annual TIF surplus that the mayor andthe City Council have declared, however, in addition to the money going to schoolsand other agencies more money should also be allocated for struggling communitieswith plans to reduce violence, increase business opportunities and trainingprograms should also be given a portion of surplus TIF money.

A: TIF’s were created to spark economic development in blighted areas. In Chicago, what constitutes “blighted”seems to frequently change. Often times a vacant lot in the middle of downtown Chicago is considered “blighted” which wealthy developers reap benefits that theymay not necessarily need. Also, we need better accountability for developers whobenefit from TIF funding that Chicago residents are getting a percentage ofemployment on all construction and other projects. The percentage of residentsshould be documented and monitored on a consistent basis and stiff fines should beimplemented for developers who have been found to be in non compliance.

A: I would create jobs by exploring getting high growth industries in the ward. STEM, specifically green energy renovation is an area that can produce high paying jobs for Chicago residents. Green energy renovation jobs make homes and businessesmore energy efficient. Once I become Alderman, my plan is to have a businesssummit where I bring businesses in the community to have a roundtable discussion on how we can boost economic development. I plan to also have the University ofChicago be a part of the summit so that they can help us develop a strategic planand track implementation and outcomes.

A: I can’t provide a specific number of how manyAldermen are needed in the city of Chicago without first doing an analysis of howmany constituents are in each Alderman’s ward. In addition, I would also need tolook at the need in each of the wards. Some wards have a greater need than others.Without having that information I couldn’t quantify how many.

Please explain: It would depend on what the city would use for the revenue generated from the casino. If the money would be used for business development in the wards, beautification projects in communities, more funding for early childhoodeducation, and helping to pay down the debt for the police and fire pensions, I couldsupport a casino.

A: I support responsible measures to protect pedestrians, especially our children, from drivers who recklessly disobey our speed laws. With that, it is apparent that the redlight and speed camera programs are used to squeeze Chicago taxpayers foradditional revenue. I believe the City of Chicago can find a middle ground where wecan hold reckless drives accountable thereby protecting our residents without nickeland dimming thousands of other drivers. 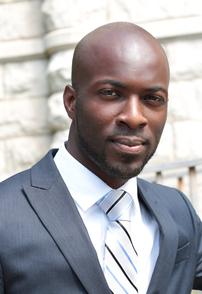