Yes or No: Depends.

Please Explain: A: We have had productive conversations with taxpayers, employees, and city government about the best way to solve our unfunded pension liability. We are still awaiting further clarification from the Supreme Court on what changes are considered constitutional. Much of what we are considering relies upon this ruling. I will continue to seek effective solutions for this issue until we hear more from the court.

A: We are still awaiting further clarification from the Supreme Court on what changes are considered constitutional.

A: We are still awaiting further clarification from the Supreme Court on what changes are considered constitutional.

* A tax on non-Chicago residents who work in the city
Yes or No: No

A: We must continue to bring neighborhood residents and local police together so they can share information and help develop a cohesive community policing strategy. We also need to hire more police officers and get them out on the streets. This isn’t the only solution to the problem; I will work to make sure the community works with police to help support these new officers.

A: Springfield does not hold the key to stopping the illegal flow of guns into Chicago. There are currently several laws that make it illegal to transport and sales guns to people without FOID card or by non-licensed brokers. Significant number of illegal guns flow to our state from states with little or no regulations on transfer and/or registration of guns.

I think Springfield and Chicago could work together to come to sort of agreement on legislation. What that legislation would look like? I am unsure. But something needs to done, and Springfield is not doing it alone.

A: I believe there is some merit in giving people a voice in their schools. CPS has made significant improvement under mayoral control and we shouldn’t impede any future progress, however the people should have some direct input over CPS policy in the form of elected board members. This is significant considering the CPS budget is almost as large as the City of Chicago’s itself. Minority participation in contracts and allocation of resources are factors that the public should have direct input.

Q: TIFs are the primary economic development tool of the city. In a TIF district, taxes from the growth in property values are set aside for 23 years to be used for public projects and private development. Do you support increasing the annual TIF surplus that the mayor and the City Council have declared in each of the last few years, money that goes to the schools and other city agencies?
Yes or No: Yes.

A: TIF should be used primarily in blighted communities, after which it should go back to the taxing bodies.

A: I would like to reform the TIF process to attract businesses that bring good paying jobs to the ward.

I will push for rules that require TIF funds to be used in truly blighted areas and that new city business subsidies go to areas most in need. I also favor relaxing certain rules in targeted areas to stimulate development. One example is landscape requirements.

A: I am open to new ways for saving tax dollars, but my community needs effective representation that only comes from smaller wards. There will not be any significant savings and the size of a ward would become nearly be the size of a state senate district. The cost of elections would dramatically increase and representation would be diminished. There are no compelling reasons to change the size of City Council.

I believe that a casino would create hundreds of jobs, millions in revenue and stop the leaking of millions of dollars to surrounding area casinos.

Yes or No: Yes, there are an acceptable number of speed cameras, not red light cameras.

Please explain: I opposed the red light cameras because the studies suggested that they would trade side impact collisions for rear end collisions and they should be phased out over time. Speeding cameras should be allowed to be placed where chronic speeding is a problem and not an artificially mandated location.
I supported speeding cameras because of the cry from the public for people to slow down and the numerous requests for speed humps, stop signs, yield signs and traffic signals. I believed that speed cameras would help change behavior and in a non-discriminatory manner.

Q: What are the top three issues in your ward — the ones you talk about most on the campaign trail?
A: Jobs. Jobs. Jobs. With more jobs come increased economic development, lower crimes and increased safety.

Political/civic background:I participate in a number of committees and organizations including Trinity United Church of Christ, Prince Hall Mason Eureka Lodge #64, Board of Directors of the Community Media Workshop, Board of Directors of the NIU Alumni Association, and Alpha Phi Alpha Fraternity Incorporated. I was also recently appointed as chairman of the City of Chicago Black Caucus. 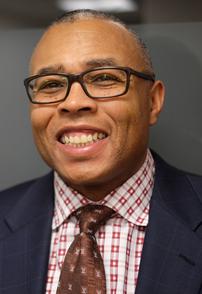