Yes or No:  I support restructuring.

Please Explain:
Solving the pension crisis is a long-term project that will require
cooperation from the legislators in Springfield. Chicago needs our state reps and state senators to enact legislation prohibiting future pension payment holidays, as well as stricter legislation requiring payments be made in a timely fashion. On the city’s end, paying down the deficit must be a priority for the council and the administration.

ANSWER.  Chicagoans are already overburdened with taxes and there is a likelihood that will change with the possibility of the State of Illinois enacting a service tax. The residents are in no way responsible for inappropriate actions of the City. The City should look at other potential revenue sources.
2) Chicago Public Schools pensions

ANSWER:  One fair resolution is to amend the amounts upward for new teachers and administrators coming into the system pay. Given the number of recent school closings the board should re-evaluate staffing levels at the central office and throughout the system to determine where additional cost-saving measures can be enacted.  Utilizing TIF funds to help fund public education should be implemented.  The Illinois Lottery revenue can be another funding source for public education. Millions of dollars are spent on elections regularly and elections are primarily funded by large companies.  The assistance from large companies can be another form of revenue.

Yes or No:
No that is a regressive tax that will disproportionately impact the city’s poorest residents in a negative way.
* A tax on non-Chicago residents who work in the city
Yes or No:
No even though they impact the city’s infrastructure, contribute to traffic congestion, and don’t necessarily return any of the money into the city that they earn here.  However, if the reverse happen to city residents from retaliation of the suburban politics it could cause problems.

Yes or No:
Yes, this would immediately pour tens of millions of dollars into city coffers and ease many of the burdens described in questions 1 and 2.

Yes or No:Yes and No

Please explain:
When we look at the amount of money the police department budgets for overtime, it is clear there is enough to re-direct to hiring new officers. More officers means the department will have fewer officers operating without sufficient rest. Hiring new officers also invigorates the local economy as these are people who will be spending locally.

2nd –  more police don’t necessarily equal less crime.   We have to find ways to remove those that are on the street committing crime into productive and useful citizens.  If we’re asking people to put down the guns, what are we replacing the guns with?  97% unemployment among youth and black men has all the ingredients for baking a crime cake.  We need more jobs created and easier, more affordable ways for our youth to gain higher levels of education.
Q: What legislation in Springfield would you support to try to stem the flow of illegal guns into Chicago?

A: I’d ask our local state reps and senators to support legislation that raises the fines on gun owners who do not immediately report lost or stolen guns (and the fine doubled or tripled if they failed to do so and if it’s discovered that their weapon was used in a crime). I also would ask fellow council members to reinstate the ordinances demanding the registration of firearms and the law requiring a city issued firearm owners permit.    I would ask legislators to put a tracking and monitoring system in place for all gun manufacturers to help diminish the black market of selling firearms.

Yes or No: Yes I support an elected school board
Please explain:
An elected board is the only way Chicagoans from all walks of life will be represented on the board. I do believe electing a board will transform it to one that focuses on education rather than politics and it places the control back in the hands of the parents/citizens and away from councill.

Q: TIFs are the primary economic development tool of the city. In a TIF district, taxes from the growth in property values are set aside for 23 years to be used for public projects and private development. Do you support increasing the annual TIF surplus that the mayor and the City Council have declared in each of the last few years, money that goes to the schools and other city agencies?
Yes or No: No
Q: What reforms would you propose for the city's TIF program?

A: First I would propose that the TIF dollars be used for their original purpose - to eliminate blight with attracting private investments with grocery stores to deal with the food desert issue, some big box stores that offer fair wages and benefits. Attract manufacturing facilities to address the needs of those without higher education. Working with the large/small companies that are already in the 24th ward on creative ways to offer more jobs to local residents.  Neighborhood projects and public improvement is key in beautifying the community utilizing TIF along with the 1.3 million in menu funds to create business for community/residential owned businesses for infrastructure work related to streets, alleys, abandoned buildings, landscaping, seasonal services: This is not being done.   Another reform I will propose is that a certain percentage of TIF dollars be directed to eliminate some part of the city’s budget deficit with CPS. Also, the jump start to improving economic stability within a community is to implement quality affordable housing in conjunction to shops/stores.

ANSWER: The 24th Ward is a marketing tool within itself that has been left unattended for years as it relates to economic development as well as all factors that result to a cultural economic transformation. 5 to 10 minutes from downtown Chicago, more transit access than any other part of the city, historic landmarks that are priceless.  The 24th Ward has building structures that bring forth tons of history through multiple racial ethnicities. Economic Development starts with housing.  The start of implementing beautiful, quality and affordable housing through the NSP program with qualified and experienced developers as well as a program I’m already working on and that is to rehab abandoned houses (single and multi-family) with unemployed youth and ex-offenders supplying the labor. This is a training program that puts properties back on the tax rolls. I also will aggressively pursue grants to assist small businesses with expansion plans; introduce legislation to secure tax breaks for large and small companies that purchase, rehab and operate businesses. Part of my campaign dollars will be used to create a 24th Ward economic development advertising campaign touting the availability of properties in the ward first to the residents and the advantages of relocating there.  During my first year in office, I plan to submit a proposal in request for Capital Improvement Funds to assist with expanding development across the ward utilizing the residents and minority business that make up the 24th Ward.  Roosevelt Road, Ogden, Cermack, 16th Street are all major roads in the 24th Ward to house an entertainment district, shopping strips, big box stores that offer fair wages and quality benefits, quality and healthy restaurants/grocery stores.  All these major streets have great traffic to help generate business from across this city. With the right team of elected officials that govern the ward and the residents that reside in the ward along with outside investors, the 24th will be a place residents will be proud to call home.

Education Component:  Offering educational seminars on how to start, own, operate and run a business long term.  Educational classes on the importance of Real Estate and understanding the complete process from home ownership to investment.  Attracting Real Estate companies to the area to assist in the process of making more community residents land owners.  Offering training for jobs and trades.

ANSWER: Many cities across the US are productive with less Aldermen and due to the decline in population, I feel Chicago could operate with 40 members.  I also feel the saved revenue should go towards increasing staff as it relates to the services provided by the Alderman such community committee chairmen, paid precinct captains and additional paid office staff.  City council’s current position is strong Mayor weak Council which is the reverse of what it should be.  Having 50 Alderman that goes along with the Mayor more than 90% of the time is not a strong indication of showing a stronger force with numbers and the residents suffer.

Please explain:
Yes I do because a casino will bring new jobs to the city. We have enough examples from nearby cities/states of how to avoid pitfalls, employ best practices and make these facilities safe and secure. The 24th Ward has the benefit of massive tracts of vacant land that could easily accommodate a casino. A Chicago casino also will stem the flow of dollars from the city to neighboring cities and states.

Yes or No:
No the number is not acceptable, and I favor banning them altogether
Please explain:
Several studies have shown that the cameras, despite initial claims, do not increase safety. They have become a stopgap to plug holes in the annual budget. I also believe the expansive use of these cameras has caused many to lose faith in how city government operates.

Political/civic background: 1. Ran for 24th Ward Alderman in 2011 placed 2nd to incumbent out of 18 candidates 2. Appointed Seat for the 5th District Senator Seat, placed 2nd out of 12 candidates 3. Served 2 years on the Board for Frazier Preparatory Contract School 4. A Founder and Former Board member for the Greater Lawndale Black Chamber of    Commerce 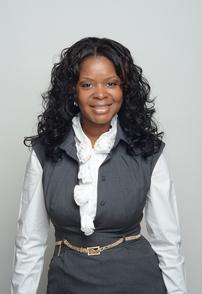