With regard to city pensions, CPS pensions and revenue options for both, in the short term the answer is that everything needs to be on the table when the City of Chicago, along with other municipalities and units of government throughout Illinois, in conjunction with the Governor and General Assembly seek to craft solutions to their particular problems.

It is important to remember that when the existing pensions were promised, it was as part of an agreement whereby public employees accepted lower salaries and benefits in return for the promise of a secure retirement. Over time, subsequent collective bargaining reduced, but did not close the gap between public sector and private sector compensation.

If that agreement is to be scrapped, then it is likely that employees will demand salary and benefit adjustments in return for a new pension system. Negotiations will determine the outcome.

Yes. As a candidate, Mayor Emanuel promised 1,000 new officers in his first term. The city should honor that commitment.

Police complain that manpower has been shifted from low crime areas to so-called "hot spots", leading to a spike in crime in the former. CPD can only deploy the manpower it has and the size of that force needs to be increased.

While I am not sure what will be proposed in the new legislative term, nor what our new Governor will accept, I will support virtually any and all constitutional measures to stem the flow of illegal guns into Chicago.

Yes.  The key to improving public education in the city is to unite all of the system's shareholders behind one plan/vision in which they all have a stake and a part to play. So long as the Mayor's Office continues to control the Board, and use its resources for political purposes, that shared plan/vision will remain out of reach.

Yes. I would like to see a moratorium on the creation, expansion or extension of the TIF districts anywhere in Chicago until a complete forensic audit of the entire existing program has been performed and made public.

If possible, I would suspend collection of TIF taxes and halt expenditure of already collected tax monies until its results are known.  If not possible or practical, I would support creation of citizen led advisory boards for existing TIF districts to approve all future expenditures of TIF tax dollars.I expect that the question of "excess" TIF funds will be a major focus of any forensic audits, with  “holds" or "commitments" of the $1.7 billion estimated to be in TIF accounts at present. Some "commitments “may need to be rescinded or litigated.

Chicago needs a new form of grassroots community economic development that does not shower hundreds of millions of dollars on mayoral/aldermanic allies, a small group of insiders and billion dollar corporations.

I'm in a unique position as I have a rolodex of hundreds and hundreds of business owners that I have personal relationships with as I've provided financing and consulting for them. I have enjoyed a tremendous reputation as a top small business advisor in Chicago and business owners trust my guidance and recommendations. I have provided tens of millions of dollars to companies that have relocated in the 27th ward. There's a list of a handful on my website, gabefor27.com.

I'm not going to "encourage" employers to hire local residents I will be REQURING it. For far too long, the current Alderman has not fought for local jobs and has allowed the employers in the 27th ward to do as they wish. I will be taking a much more proactive approach and will be making it a firm requirement before I issue zoning approvals and occupancy permits.

I believe we can reduce the size of the City Council by as much as 50%, so long as there is a qualified support staff in place. Currently, I believe Aldermanic Offices have been used, including the 27th Ward Office, as among the few remaining patronage outposts in government. As cuts will likely be needed throughout city government to balance the budget, the City Council should lead by example.

Yes. Such a facility promises to be a significant source of new revenue to support city services. With proper safeguards to protect the integrity of the facility, a Chicago casino would enhance the Chicago experience for residents and visitors alike.

I do not support the red light camera program. As its critics originally predicted, it has become little more than a regressive revenue source, doing nothing to enhance public safety. This was another public fleecing measurer that has failed miserably. The city has broken the trust level of the citizens of Chicago and the public fleecing via the red light camera AND speed cameras need to be eliminated.

I talk most about public safety, which is inextricably linked to both quality public education and economic opportunity/job growth.

27th Ward residents will neither feel nor be safe in their homes/businesses or on the streets until there are educational and job opportunities in our community. As I said in response to question 7, I will make job growth a priority, along with the educational opportunities that will produce

Political/civic background: I have been very active in my community through various youth-membership programs, economic development organizations as well as community groups. 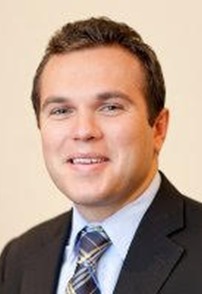