Please Explain: I prefer to work with the Illinois General Assembly to amend the law to give the City of Chicago additional time, beyond the State’s mandated deadline which is the last Tuesday in December, to create a sound plan to fund the fire and police pensions. Additionally, we still need to wait to see how the courts decide on the appeals regarding pension reform. I believe that the City could be in violation of the state constitution if the City reduced benefits of those who collect or pay into the pension system.

Chicago's pension systems for municipal workers and laborers  have already been restructured, reducing benefits, but the city has yet to identify where it will find the revenue to sufficiently fund those systems. Under what circumstances would you support a property tax increase to raise the needed revenue for the fire and police pensions and/or the municipal workers and laborers pensions?

We should first look at the TIF surplus as a way to place funds into these pension systems. After the Council addresses the TIF surplus, next we should look at a streamline sales tax and other various tax revenue generators that the city has access too. A property tax increase would be last on my list, but if that is the ultimate way to address funding the pension systems, then I am in support of a property tax increase; however, I feel that we must ensure that seniors and other property owners who fall under a certain income level are protected from the increase in property taxes. The 24th ward is plagued by vacant lots and abandoned homes.  Many of those individuals who have lost their homes did so as a result of foreclosure and a lack of an ability to pay their property taxes. I am uncomfortable voting for an increase without making sure that there are certain exemptions for some of our most vulnerable citizens.

The State of Illinois must live up to its commitment to fund CPS; the state also needs to look into how it funds education and pensions.  Currently the system cheats CPS and the Chicago Teachers Pension Fund of much needed funding. I support various tax increases to address both issues.

* A statewide expansion of the sales tax base to include more consumer services
Yes or No:Yes

* A tax on electronic financial transactions on Chicago’s trading exchanges, known as the “LaSalle Street tax”
Yes or No: Yes

Please explain your views, if you wish, on any of these three revenue-generating measures

Please explain: We need to restore CPD back to staffing levels of the 1990’s. I believe the understaffing of the police department has played a large role in the lack of police presence in some of our most crime-ridden neighbors. This has subsequently played a critical role in the lack of violence suppression in these very same communities.
What legislation in Springfield would you support to try to stem the flow of illegal guns into Chicago?

This is a very important issue to me, being that I too am a victim of random gun violence. Our laws for the purchasing and selling of a gun from one private citizen to another are weak.  Currently Public Act 98-0508 governs these types of transactions; however, the penalties and the enforcement of this statute are weak.  I would also like to push legislation in the General Assembly that deal with “straw” purchases of firearms. The current conceal carry law does not adequately address this issue and illegal guns will continue to flow through our communities if it isn’t addressed immediately.

Please explain: An elected school board is essential to ensure that our children have the representation necessary to make the best decisions for them.  The school board needs to be made up of individuals from a diverse array of socio-economic backgrounds. The communities that stand to be affected by the board’s decisions should elect these individuals – similar to the way it’s done in every school district in the state of Illinois outside of Chicago.

A: We need substantive TIF reform.  TIF was originally intended to assist blighted neighborhoods and it has not kept true to that mission. In 2013, TIF money was supposedly set aside to build a save-a-lot grocery near the intersection of Madison and Cicero. The grocery store has yet to be built. This is simply one example of an ongoing and widespread issue with TIF money in Chicago. Additionally, we should allow CPS to “opt out or allow CPS to decide how much it can take from its share of funding”, this should take some financial pressure off CPS. TIF’s should  also have some type of agreement as to how many jobs are created, does the community benefit and does it fit into the long term plans for that neighborhood.

In the 24th ward we also need some the basics: grocery stores, big box stores, , local stores that sell clothing, floral shops, ice cream parlors, etc. To boost economic development I would work to attract businesses to the community. The best way to do that is to provide incentives to those businesses. This would subsequently create jobs.  I also plan on assisting in creating strong chambers of commerce within the ward to encourage local residents to start their own small business and to support those that already exist.

A: 50. I believe that the current size of the city council fine. If we lessen the size of the council it will greatly affect the ability of Aldermen to service their respective communities.

Yes or No: yes

Please explain: I support a casino in Chicago as a revenue generator however; I believe we need to be cautious about several things pertaining to such an idea. I believe we need to a cost-benefit analysis of some sort to access if the benefits of having a casino in our city outweigh the costs. Sure the city will make revenue but how will that revenue be spent; where will the casino be located; will it take revenue from our entertainment and theatre district?These questions and several others need to be answered before we move forward with a casino in Chicago.

Q: Does the city have an acceptable number of red light and speed cameras currently, an are they properly employed?
Yes or No: NO

Please explain: Recent investigations have shed light on the fact that the red light and speed camera systems have not successfully executed their original task which was the enhancement of public safety. I strongly support legislation proposed in the 99th General Assembly to abolish the entire program.

11) Ward issues
Q: What are the top three issues in your ward — the ones you talk about most on the campaign trail?

A: The twenty-fourth ward is plagued by housing issues, crime, a lack of quality education, and a lack of economic development.

The city of Chicago is undoubtedly plagued with housing issues and has been for quite some time. In fact, the 24th ward accounts for a very significant number of foreclosures, abandoned buildings and vacant lots in the city.  That said, we need to take a closer look at the overall demographic data of some of the communities most plagued by foreclosure in Chicago. The areas hit hardest by foreclosure are largely African American and have a high concentration of low-income individuals. Over the past decade the African American population in Chicago has noticeably declined. Additionally, these neighborhoods are plagued by violence, crime, failing schools and a lack of jobs. The people who once lived in them are being pushed out or are fleeing; as of result of this, we have far more homes than we have people who can occupy them much less pay for them.  One must question whether it is efficient and or effective to rehab abandoned and foreclosed buildings when there is a lack of people to move into them. The best way to solve the housing issues of the 24th ward is to build a more sustainable and desirable community; we need to establish grocery stores, retail companies, and manufacturing facilities. We also need to strengthen our public schools system and overall community engagement. If we can do these things we’ll be able to attract residents willing to live in the community. In fact, we’ll be able to create residents who are willing and capable of living in such a community. 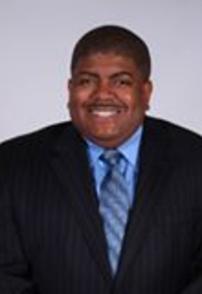