Q: Chicago's fire and police pensions are greatly underfunded, and the city is required by the state to make a $550 million payment into the pension funds by the end of 2015. Do you support restructuring the pension systems, inevitably reducing benefits, to put the funds on sound financial footing?
Yes or No:No
Please Explain:
I do not believe that people who have worked to earn a pension should have their benefits reduced to accommodate poor financial decisions by our elected officials. We must restructure the way in which the city collects and allocates funding, as well as create new avenues of revenue to support a balanced budget.

A:The only way in which I would support a property tax increase is if the funds from the increase were allocated in a fair and transparent manner. Additionally, I could not support a property tax increase on our city’s residents before we adequately tax private corporations. Our citizens can no longer afford to be the source of revenue for private industry that does not give back to the community at large.

A: For-profit companies funded by our public dollars are robbing neighborhood schools of valuable resources. As well, the abundance of dollars that have been invested in standardized testing depletes funding for teachers and schools along with the teachers’ pension fund. I would vote for reducing the number of required tests within the public school system as a first step in improving the district’s finances. Then, I would advocate for a moratorium on investing public dollars in for-profit institutions and reinvesting in our neighborhood schools.

Q: In light of the financial issues discussed above, do you support any or all of the following measures, each of which would require, at a minimum, approval by the Illinois Legislature?
* A statewide expansion of the sales tax base to include more consumer services
Yes or No:No

* A tax on non-Chicago residents who work in the city
Yes or No:No

* A tax on electronic financial transactions on Chicago’s trading exchanges, known as the “LaSalle Street tax”
Yes or No:Yes
Please explain your views, if you wish, on any of these three revenue-generating
measures.
At this point, I cannot support measures to expand the sale tax base to include more consumer services. Residents of the city are currently “taxed out” and many already spend their money outside the city to avoid excessive fees for gas, entertainment and food. Increasing areas of taxation will only serve to increase revenue for the short term and in the long run will only increase the disparity between Chicago residents. Taxing commuters is an issue that requires more significant discussion, but on its face, I am not a supporter. There should be an even and fair exchange between the city and the suburbs that respects residents in both areas. While this could be a source of revenue, again, the long term impacts of this initiative could be devastating to our city. Ending the practice of employing private companies and consultants from outside the city and state to perform jobs traditionally held by Chicago residents would be a better initiative. Not only does this increase revenue through the requirement that city workers live within city limits, but it also benefits the employment rate for Chicago and puts more of our constituents to work. I am, however, in support of taxing electronic financial transactions. This tax, which would serve as a long term benefit for the city, is minimally invasive to the financial institutions. We must look toward corporations and private companies that have benefitted substantially from our public money to increase revenue and discontinue siphoning money from our residents.

Q: Do you support hiring more police officers to combat crime and gun violence in Chicago?
Yes or No: Yes
Please explain:
Lack of police officers patrolling neighborhoods during times of peace is a problem that contributes to the increase in crime. We must commit to a full police force that has the opportunity to connect with residents as servants of the people. Residents, especially our youth, must see police officers as supporters of the community, protectors of the people and advocates for fair justice. A strained police force that only reacts during times of turmoil does not serve to garner trust or respect from underserved communities. A fully operational police force has the ability to establish relationships with business owners, residents and the community at large, aiding them in noticing and (proactively) preventing patterns of behavior and neighborhood changes that may lead to criminal activity.

A: I would support tougher penalties for crimes involving firearms and for anyone caught with an illegal weapon. I would also support legislation that severely penalizes those who distribute illegal guns. In addition to tougher laws for those in possession of illegal weapons, I also advocate for initiatives that promote removal of these weapons from our communities through anonymous give-back programs.

Q: An advisory referendum on switching Chicago to an elected school board, rather than an appointed board, is expected to be on the ballot in more than 30 wards on Feb. 24. Currently, the mayor appoints all seven board members and the Schools CEO. Do you support a change to an elected school board?
Yes or No:Yes
Please explain:
Mayoral appointment of all seven board members and the CPS CEO effectively gives us a school system that is controlled by the Mayor. An elected school board allows for free thinkers, spirited debate and policy that is controlled by the people who actually utilize CPS for their children’s education.

A: The city’s TIF program needs to be transparent. That is the most urgent need in its reform. Stop spending or collecting any TIF dollars until the complete system is audited so that residents can see exactly where their tax money has been diverted. Too much TIF money has been spent developing areas with little need while blighted areas continue tobe underserved. I do agree that the surplus in TIF funds should be used to reinvest in our city services, including schools, parks and mental health facilities.

A: As alderman, I would boost economic development by:
1) Creating an entrepreneur incubator in which residents can learn how to create a business plan, source capital and investors, locate proper space, negotiate terms and compose a five year plan for a successful business.
2) Actively pursue business models that promote community health, i.e. small coffee shops and pop-up businesses that utilize the service and skills of our residents.
3) Advocate for a trade training facility to be located in the ward.
4) Prevent valuable land space from being used by storage centers and other
companies that offer the ward a limited amount of low wage jobs.

A: Not currently being a member of the council, I cannot provide a specific number related to the size of the council. I do agree that the council and its committees could be reduced; however, I think a careful audit of duties, ward size and boundaries and the amount of legislation initiated by each committee and alderman should be evaluated by an independent party before reduction occurs. I do also believe that there should be a term limit for city council members.

Q: Do you support, in general concept, establishing a gambling casino in Chicago?
Yes or No:No
Please explain:
While I know a casino would provide much needed revenue for the city, I feel that ultimately it will only add to existing problems. Without more transparency in utilization of funds, I feel that money from a casino would be dispersed without equity throughout the city. I have been in cities before and after establishment of casinos and, in general, no casino has revitalized the most blighted areas of a city—they provide low wage employment and are often successful on the backs of the most needy residents.

A: The top three issues in the 8th ward are interconnected:
1) Jobs – lack of viable employers in the 8th ward has contributed to massive
amounts of blight. We are inundated by corporations that employ small staffs who are not residents of the community. In addition, these corporations benefit from TIF funds which deplete opportunities for smaller companies whose workers are from the ward. As our ward had a high concentration of city workers (including teachers, police, etc.), privatization of city services and schools has significantly impacted the ability of our residents to work. In short, our residents are being hurt both inside and outside the 8th ward.
2) Education – reduced funding for education and “reform” has wreaked havoc on our children. Lack of quality education, afterschool programming and job
training leaves our youth on the fringe of success. Resources – counselors,
therapists, nurses, better texts, more hands-on learning, lower class size, arts,
music – all of these elements need to be re-established in our schools. I will fight for equal education funding, opportunities and resources for schools in the 8th ward.
3) Crime – The 8th ward has seen a dramatic increase in crime. This is created by the lack of jobs, lack of resources (mental health clinics, after school programming) and the understaffing of the police force. A viable business district with opportunities for living wage jobs and a healthy school system can work to decrease the amount of crime by reinvesting residents in the community. That, coupled with a fully staffed police force can bring the 8th ward back to its previous glory.

I have never been a candidate for elected office before; however, I have been politically and civically active in the past:
• Member of Southeast Chamber of Commerce
• President, Lenart Regional Gifted Center Parent Club
• Founding Member, Friends of Lenart
• Campaign worker, Kenwood LSC
• Board Member, The Children’s Book Fair
• Board Member, Southeast Little League
• South Shore Community Action Council
• Neighborhood Organizer
As a Lead Coordinator for the Children’s Book Fair, I also coordinate grants, corporate
sponsorships and services with various community and civic organizations such as the Southeast Chicago Commission, State Senator Kwame Raoul and the Hyde Park
Chamber of Commerce. 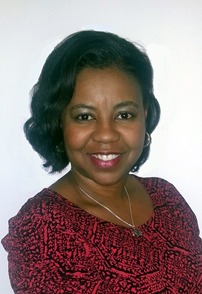