Please Explain: We must keep our contractual obligations, even if it means using some of the Tax Increment Financing surplus to ensure pension solvency. Keeping our contractual obligations should be seen as an emergency that requires extraordinary measures. We have a flawed system that must inevitably be restructured, but restructuring past promises, is not restructuring, it is reneging.

A: A property tax increase would be a last resort. We must first explore other options such as;

- Tax increment finances should be used to invest in cornering the market of an emerging market, such as digital manufacturing, that we have already begun to invest in with federal support.

Please explain: I believe that hiring more officers is a necessary, yet short term numerical solution to a problem in need of a new strategy. Stemming the flow of guns, officers walking beats and becoming more familiar with residents, restorative justice options more regularly used by courts, community input and power over policing decisions and job appointments, would all go a long way to build a better relationship between the community and the police force that protects it, and an even longer way to reducing the need to saturate areas with police presence.

 I would support laws that levied stiff fines and license revocation on gun show hosts, and gun show vendors that demonstrated a lax system of buyer verification, similar to the way in which we punish retailers that sale liquor to minors

 I would support a law, that requires gun manufacturers to develop and implement a tracking system that reflects the electronic and micro-manufacturing advances of the times we live in.

Please explain: The numbers indicate that, a mayor appointed board of education, is no more successful than the city council appointed boards of the past. We must bring the power of entities this crucial to the lives of constituents, closer to the direct control of the constituents, and allow we, the constituents to hold ourselves accountable. Along with this change, we must also increase the length of LSC office terms.

A: I disagree with the notion that TIFs are an economic development tool, and also disagree with the inference that these surplus funds support schools and city agencies. That being said, the power over the current TIF funds should be legislated into the hands of those within the communities in which those funds were taken, and that power over directing those dollars and appointing those on the oversight, must be taken out of the hands of a mayor.

A: Organize and guide cooperative investing, allowing the community increase its ownership of the retail market within its own boundaries. I would support parity legislation that would bring some balance to the way that city development contracts and dollars are awarded. I would guide the organization of an Industry Ownership And Job Creation Plan, to quickly move the community toward economic self-sufficiency.

Please explain: The social ills, crime and addictions that accompany this industry, would far outweigh the profits for the city, unless the city decided to build something that would rival the tourist attractions in Las Vegas and Atlantic city.

Please explain: The city has far too many of these TAXES, disguised as community safety measures. The red light and speed camera programs should be dismantled.

• Organizing our number of votes into a voting bloc, that demands Fear, Respect & Action

• Contract parity worth Billions and Industry Ownership for Job Creation

Political/civic background: I served as a volunteer for Alderman Arenda Troutman, later becoming a precinct captain, then area coordinator and eventually became the President of her 20th Ward Regular Democrats organization. I helped two political candidates, Che "Rhymefest" and Dock Walls, for Che's campaign I simply served as a field soldier, and for Dock Walls, I helped to organize street teams. 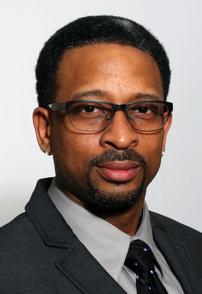