1) City Pensions
Q: Chicago's fire and police pensions are greatly underfunded, and the city is required by the state to make a $550 million payment into the pension funds by the end of 2015. Do you support restructuring the pension systems, inevitably reducing benefits, to put the funds on sound financial footing?

Yes or No: Not if it reduces benefits to current and soon-to-be retirees.

Please Explain:
I would not favor reduced benefits to current and soon-to-be retirees. Moving forward, I believe that changes must be made to restructure pensions for new recruits and employees, but feel that further discussion should be delayed until the Illinois Supreme Court hands down its ruling on the reforms passed by the Illinois General Assembly so that we have a better idea of what reforms will be constitutional.

A: I believe the city must meet its legal pension obligations and I do not support raising property taxes, but open to alternative revenue approaches which does not directly impact middle class families and seniors with fixed incomes.

A: The entire teachers pension and school financing system needs to be overhauled. A solution to the larger school funding issue has to be found in conjunction with the General Assembly since Chicago taxpayers are also providing taxes to fund the downstate teacher pension systems as well as the CPS teacher pension system. I believe we also need to seek to terminate fraudulent deals and recoup monies lost through litigation on deals where banks have taken huge profits - in some cases hundreds of millions from the City through interest swap arrangements and/or where the banks are reported to have misrepresented risks and provided inadequate information to secure the agreements-- in violation of governing rules and regulations, and I would consider utilizing excess TIF funds. I consider broadening the sales tax on selected services, working with the General Assembly; and would consider a sales tax on large scale financial transactions, also working with the general assembly on the issue.

3) Revenue
Q:  In light of the financial issues discussed above, do you support any or all of the following measures, each of which would require, at a minimum, approval by the Illinois Legislature?
* A statewide expansion of the sales tax base to include more consumer services
Yes or No:Yes
I would work with the General Assembly to broaden the sales tax on selected services that would bring Illinois in line with the majority of other states.
* A tax on non-Chicago residents who work in the city
Yes or No:No
I believe this would force businesses and workers to leave the city to find jobs and become a self-defeating tax. If we lose jobs and workers leave the city we defeat the goal of raising revenue from the intended tax. It is impractical.
* A tax on electronic financial transactions on Chicago’s trading exchanges, known as the “LaSalle Street tax”
Yes or No: I lean towards yes.
I believe this will require additional information given the amount of online trading and financial transactions. Such a tax may just be self-defeating if Chicago imposes such a tax and neighboring jurisdictions do not.
Please explain your views, if you wish, on any of these three revenue-generating measures.

Q: Do you support hiring more police officers to combat crime and gun violence in Chicago?
Yes or No:Yes
Please explain:
As alderman, I will work with my local police commander, CAPS, local block clubs, other community groups and local residents -- meeting regularly to address concerns, brainstorm new solutions and coordinate efforts.
I support preventive programs and more street officers as an effective tool to fight crime. Investing in education and jobs is a good way to save dollars later spent on hospital care for shooting victims and criminal justice costs. In assessing the performance of the Chicago Police Department, I believe they have done a wonderful job in certain instances, specifically the G8 Summit and the recent protests.
Beat sizes should be smaller and there should be more patrols for quicker response times and to make for a better deterrence to criminals. We should also increase efforts to identify technology based on “best practices” to bring greater efficiency to identify and apprehend criminals.
Recently, I attended the Chicago Police Department’s 9-week Citizen Police Academy to learn more about the force and the challenges our City faces.
Finally, I would create an “opt-in” communications platform combining emails and texting to better communicate alerts to residents in real time.
What legislation in Springfield would you support to try to stem the flow of illegal guns into Chicago?
Chicago and Illinois have some of the most stringent anti-gun laws in the nation, the issue is really enforcement. I also believe in investing in programs such as CeaseFire and other preventive programs that are long-term public health data driven behavioral change focused as equally important as gun control efforts.

Yes or No: I believe that given the financial challenges of the City, we must be willing to adapt to shifting needs with every annual budget.
Q: What reforms would you propose for the city's TIF program?

A: I was encouraged by the creation of the Mayor’s TIF Task Force and would propose continuing to follow the changes made to the use of TIF under that report.

Q: What would you do as alderman to boost economic development in your ward, and bring jobs to your community?
A: One of the reasons I am running for office in the 45th Ward is I believe I can do a better job working with the business community than the incumbent. As alderman, I would work to improve relations between the alderman’s office and the numerous Chamber of Commerce organizations, the local community civic groups and form an active Small Business Advisory. I would have a staff member dedicated as Ward Liaison to aggressively promote the Ward and serve the local organizations to generate more awareness of local businesses while creating an environment which would attract investment. This would help attract and sustain existing employers in the area while creating an environment of more construction.
Attracting more employers begins with strengthening the people and the infrastructure in the neighborhoods.
I wouldn’t have the traditional “alderman’s office,” but rather an open Community Technology Center where residents can learn, connect and collaborate. It will be a hub of information providing residents with direction to programs provided by all levels of government while offering a place to learn. Children will have a place to explore technology, seniors can learn the basics and young adults can learn new skills. Local businesses can use the office as their central access point for Federal, State and Local programs available to them. The Community Technology Center would serve as a
central location where residents can learn basics in technology to strengthen the local workforce.
I would support the expansion of trade schools for high school aged kids with the help of the building trade unions where young adults can learn the basics and pursue their interests in the building trades.
I believe we need more public-private partnerships. City Colleges can be better used where tax credits, which have been provided to attract and keep corporations, should extend to job retraining and education initiatives.
I would also aggressively focus on infrastructure. Potential employers, existing businesses and residents need smooth roads and clean streets as a step towards success. I would allocate a higher percentage of menu money on street resurfacing and plan out projects through my entire first term in my first year in office so that better long-term planning and coordination can be done.
As a former marketing executive with 20th Century Fox and former business owner, I understand the importance of marketing. Our office would create an online business and investor portal that would highlight the benefits of opening in the Ward, assistance our office and local Chambers are able to offer and opportunities available for investors.
For the last two years, I continue to publish 45thWardMom.com – a website filled with community activities, local business highlights and a regularly updated calendar of neighborhood events. We maintain a strong following and have built strong relationships with local businesses, neighborhood organizations, community groups, schools and churches by promoting their missions.

A:  do not think there is any real value to reducing the number of alderman. Any supposed cost savings will only eventually reappear on another budget.

9) A Chicago casino
Q: Do you support, in general concept, establishing a gambling casino in Chicago?
Yes or No:Yes
Please explain:
Establishing a casino in Chicago will create jobs and generate much needed revenue - revenue we are now losing to suburbs and other states. The 45th Ward is not far from the casino in Des Plaines and the money being spent by Chicago residents in that casino would be better spent in Chicago.

Q: Does the city have an acceptable number of red light and speed cameras currently, and are they properly employed?
Yes or No: Yes, but reviewed in another year with more data to make a better analysis and informed decision.
Please explain:
At this time, I support the Traffic light program. Every new program requires time to determine its effectiveness. As data is collected and analyzed, final determinations can be made. I’d be interested in viewing the data to make a better assessment.

11) Ward issues
Q: What are the top three issues in your ward — the ones you talk about most on the campaign trail?
A: The top three issues in my ward are:
First, economic development and job creation to help address budget and finance issues which drive all other issues.
Second, zoning changes and major proposals supported by the current alderman have been a recent challenge with residents in the Ward. In the last three years, more liquor stores and more high concentrated multi-unit dwellings have been built/proposed against the wishes of the local community.
I have proposed a Community Zoning Initiative which would offer more community input on all large scale proposals and zoning changes by calling for a vote for all residents (18+) living in a three block radius of the proposed location. If the local community votes in favor of the proposal, the alderman’s office will support the proposal. This would require the developers to work directly with residents and neighborhood groups – which is the way it should be.
Third, infrastructure maintenance and improvement – assists with small business and job creation and quality of life issues. Our residents deserves a fulltime alderman who will focus on the basics – such as clean and safe streets. 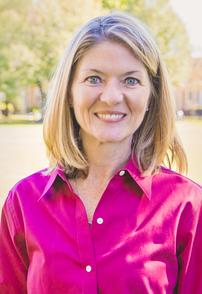