A: I am not willing to support raising our property taxes. The city has been in an economic shortfall and we need to make sure that we raise revenue in the right way.  In my particular area of the Southwest Side, I would like to raise revenue by redeveloping the Midway Airport area.  We lose a lot of money in the Southwest side of Chicago because our money leaves the community due to underdevelopment.  I would like to avoid taxing our residents because I feel like Chicago is “taxing itself out of business”.  However, I do see some areas where we can create revenue by closing corporate loopholes and making sure that corporations pay their fair share taxes.  I would like to see TIF reform and make sure that corporations are not given TIF money without any accountability.  I would be willing to support a Fair Tax to make the financial burden more equitable. I would also be willing to support a LaSalle Street Tax to shore up our financial burden.  The City of Chicago must honor its commitment to our retirees.

A: Pensions have been a cornerstone of municipal retirement packages in municipal governments.  The fallacy of this system is that it has been skipped and unsupported by political officials who have used the pension funds to shore up other budgetary holes.  Since we don’t print our own money, the City of Chicago needs to maintain a balanced budget without dipping into funds meant for retirees.  I would vote yes, to use TIF funds to shore up the pension funds, as well as support a financial transaction tax to raise additional funds.  We should also protect our monies, by not allowing toxic swaps be a part of our investment strategy.  The bottom line is that retirees need to be respected and honored for their years of service and should not be shortchanged at their time of need.  The City of Chicago must honor its commitment.

1.    Sales taxes do need to be done on a statewide basis, which is the proper way to do it rather than putting the burden on the City of Chicago.
2.    People who make their income in the City of Chicago need to contribute as well, given that they cause wear and tear to our roads and use our services while in the city.
3.    The LaSalle Street tax will be a good addition to the tax base to raise the revenue, particularly from wealthier individuals.

I do believe that we need more police officers to reduce crime, however I believe in a holistic approach to crime prevention.  If we create more after school programs, summer jobs, and regular job opportunities for young adults, we will reduce crime.  It is really about keeping our youth engaged.  If we don’t get at the base of the problem, we will continue to have an underclass of people who are not qualified or skilled to obtain and keep jobs.

I support conceal and carry.  There is no doubt that our 2nd amendment is the supreme law of the land.  However, we need to curb illegal gun purchases by tracking gun sales and purchases, just as we track vehicles sales and purchases.  I also think that we should have common sense approach to who is allowed to purchase guns.  We must make sure they are not put in the hands of people who are criminals, known gang members, or mentality ill.  Other than that, I think people have the right to own a gun to protect their family.

I support an elected school board.  Chicago is one of the few school districts in the country that doesn’t elect a school board.  School board appointments have used as a tool of the mayor to reward supporters and make profits.  This system needs to be decentralized.  Although, my support comes with reservations because of the machine politics and power broker culture in Chicago.  I could easily see deals being brokered by Joe Berrios or Ed Burke to support candidate X, Y, or Z.  However, I do think that the Mayor should be able to appoint the CEO.  We shouldn’t take all the mayor’s power away.

Q: TIFs are the primary economic development tool of the city. In a TIF district, taxes from the growth in property values are set aside for 23 years to be used for public projects and private development. Do you support increasing the annual TIF surplus that the mayor and the City Council have declared in each of the last few years, money that goes to the schools and other city agencies?
Yes or No:YES

Q: What reforms would you propose for the city's TIF program?
A: I would propose a “mend it, don’t end it” approach to TIF’s
1.    Get back to TIF’s original intent of being utilized for blighted areas.
2.    Require transparency and report mechanisms for the use of TIF funds.
3.    Install accountability measures and consequences for violations of rules.
4.    Have the City of Chicago receive proceeds of profits, just as any investor would receive.

1.    The 23rd Ward is unique in the fact that we have an international airport. The current alderman has been “asleep at the wheel” in attempts to bring new development into the Midway area. Bedford Park has outworked our alderman to bring top hotels to the ward. Redevelopment is the key to bringing new revenue to our ward and the City of Chicago. I plan to support bringing new restaurants and small business to the midway corridor. I want to establish several community parking structures for the commercial streets of my ward. We lose a lot of money in the Southwest side of Chicago because our money leaves to the suburbs due to underdevelopment.
2.    I would like to work with the local chambers of commerce to help them develop themselves and offer TIF funding to assist small businesses, rather than just giving TIF funds to major corporations.  We need to help our small businesses thrive as well.
3.    I would like attract new businesses and bring new development to Archer Ave.  Between Harlem and Cicero.  There is a group called GRREAT that has been formed due to the inactivity of the current Alderman Zalewski.  He is not interactive with the businesses and doesn’t support the chambers of commerce.  I will have a and conference room at my office for them.

A: I think that Chicago should reduce the amount of alderman. The reduction in population of the city of Chicago merits a reduction of public officials. This will allow the city to spend less money on alderman and more money on staff to assist the people of Chicago.

I would be supportive of establishing a casino in Chicago.  It would allow us to be more competitive against cities like Las Vegas for convention business.  Our people in Chicago already gamble in areas such as Indiana, Elgin, Joliet and Aurora.  Essentially, it would create many local jobs, as well keep our Chicago money in our town.

Please explain:
I am against speed and red light cameras.  There is not enough evidence that they make our streets safer.  There are also questions of their placement in areas that are invisible and become speed traps that can cause rear end collisions.  There is too much controversy with malfunctions and I don’t believe in nickel and diming our working people of the City of Chicago.  I am proud to have signed the pledge from the citizens to abolish red light cameras.

A: The main policy priorities of our campaign are: 1. Redevelopment of the Midway Airport area to create union jobs, permanent jobs, and expand our tax base.  We can keep local money from leaving to the suburbs and capture traffic from thousands of people that travel to Midway airport. 2.  To fully fund our schools and use our schools as centers of community. 3. To reduce crime with a holistic approach of putting more officers on the streets, creating more after school programs, and job opportunities for young adults.
-----------------------------------------------
Previous political and civic experience: 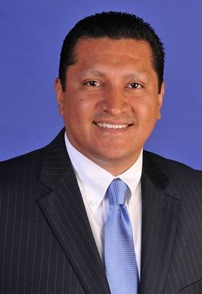