A: A- I believe there is a need to restructure the Chicago Fire & Police Pension along with other pension funds in a way that does not allow local politicians to determine how the benefits are used and or funded. We need to avoid future mismanagement of any pension funds. In order to do so there should be an outside source monitoring and keeping the pension funds viable. There should also be an increase made in the sin taxes that effective people’s health such as liquor, and cigarette. Another alternative is land base Casino which can assist the City with its present financial burdens. Since we have paved so many city streets and turned them into partial bike lanes. We should have bike owners pay tax to register their bikes for security reasons but to also off set the expense of the upcoming and maintaining bike lanes.

A: B- City employee pension should be structure into three tier groups based on time on their job and pay grade. The new employees would be required pay more into their pensions, when you go into tier two you pay less and at the third tier seniors would be pay less because they have been in the system for a longer period of time.

A: State and local government needs to implement adjustments to pension plans in an order to ensure their long term sustainability. They need to modify employee benefits, change the retirement age and increase employees contributors based on a tier system.
By doing so, pensions would offer a cost efficient, useful workforce management tool for employee recruitment and retention. For employees, pensions help ensure adequate and predictable income during retirement.

Yes, there are various consumer services that sales tax has not been increased in numerous years such as:
Such as scaling/weighting heavy truck coming in and out of the city which damages our streets.
Car purchase and tire axle tax.

* A tax on non-Chicago residents who work in the city
I would be interested in hearing the views of my colleagues and others before I could make an informed decision on this matter.

I believe the City of Chicago should institute the “LaSalle Street Tax”, on both the buyers and sellers of future options and securities options contracts traded on the Chicago Mercantile Exchange and the Chicago Board of Options exchange.  This is predicted to generate revenues of close to $10 billion to $12 billion dollars as noted by many key labor leaders. This revenue can close the pension gap as well.

A: I believe we should develop a more strategic hiring plan of police officers that are trained to serve as community resources which would place them in a positive image with local residents.
In the seventies the city of Chicago forced their police officers to walk the neighborhoods which made them more knowledgeable of the local residents and their needs. There were also officer assigned to work the business districts, and local schools through a grid system we should consider readapting that model.

A: Introduce Laws that regulate firearms sales by persons who are not licensed by the federal government (Federal law requires only federally licensed dealers to conduct background checks and complete and maintain records of sales) Require background checks for all unlicensed sales. Introduce mental health laws that require that relevant mental health records are sent to the F.B.I. for the purpose of firearm purchaser background checks Require that records are sent to the F.B.I. for inclusion in the National Instant Criminal Background. Introduce Laws that establish categories of persons deemed ineligible to purchase or possess firearms.

I support Senator Dick Durbin efforts in the tracing and recovery of Firearms by tracing every gun that has been apprehended in crime law enforcement would be more easily to solve gun crimes and more importantly prevent future gun crimes when law enforcement agents recover a gun during a criminal investigation. They will able to submit information about the weapons manufacture, model and serial number to the National tracking center which his administered by the bureau of alcohol, taboco, firearms and explosive (ATF).

A: I support an elective school board that is voted by the local citizens. Having an elective school board process is more democratic and prompts citizens to take a greater interest in their local schools. Further, holding elections shield schools from municipal politics and allow board members to act independently and in the best interests of the schools. However, the candidates should meet particular criteria that reflect their educational knowledge and dedication to improving how schools are run and money allocated. Therefore, holding the electing board member accountable and holding the voters responsible for the integrity of the candidate they support.

A: No, I believe we need to keep all the money that comes in to the city and wards available to be used immediately to address present financial needs of the City of Chicago. TIF Have not been able to provide an alternative to the taxing issues that exist in the Windy City we don’t even have a clear picture how the money has been used and how much money is in the coffers from tifs revenues. Tax payers don’t even have a knowledge how much of their taxes is going into the TIF funds.  The board that approves tifs is presently appointed by the Mayor which gives a perception of a possible ethical issue. There has been no proved that a Tif area has been able to be self-sustain without any city funding. Tif’s are the modern day tax hikes, the more districts you create the higher the tax hike. Tear the Tif program and develop a new program that has a moderate impact on local taxes with the input of the local residents of the purpose Tif areas.

A: I would work with regional and national business entities that are seeking to relocate their services and products to a more suitable location. This can provide them with a trainable workforce in partnership with the local City College and State Universities

A: Currently, each Alderman is the approximate equivalent of mayor of a mid-sized city (50,000) anywhere else. Any reduction or increase should be based on population and should remain no less than 50,000 per Alderman. The number of Alderman would be at 46 instead of 50.

A: I strongly support a casino in Chicago in Navy Pier or by Mc Cormick Place. This can create local jobs for residents and bring much needed revenue to the City of Chicago. Presently residents of the City of Chicago gamble in the suburbs, Indiana and other states. Therefore, we do not benefit from the money they spend to travel to those locations, restaurants they eat at and hotel expense which can stay in the city of the options was available.

A: City Services, providing economic development in the business district along with affordable parking meters and/or parking lot for shoppers which will assist retaining much need money in the ward. Provide community policing opportunities in partnership with local block clubs and school crossing guards.

Political/civic background: I grew up in a family with close ties to a prominent and popular Northwest side political organization, engaging in a constituent outreach and responding to constituent issues as well as participating in many community and economic development programs and events since I was a teenager. 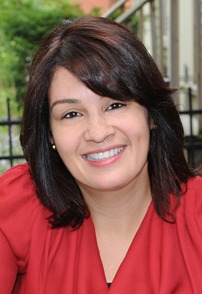